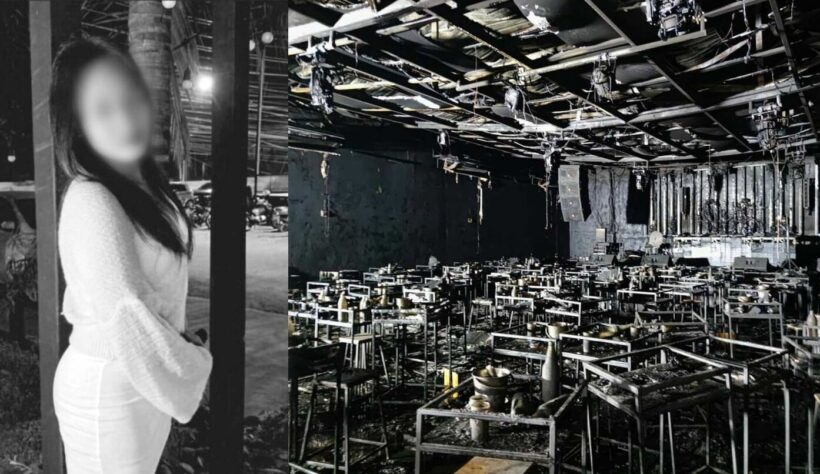 An 18th person has died in the tragic Chon Buri pub fire, this time a young girl of 17 called Mind, who had been on life support in the hospital since the night of the fire. “Mind” was the third minor to die in the fire, after a 17 year old and an 18 year old (a friend of Mind’s) were found dead inside the club after the fire. The legal age to be in a bar or club in Thailand is 20 and the owners say they don’t know how underage people were able to get inside the pub.

A week after a deadly fire ripped through the Mountain B Pub in the Sattahip district of Chon Buri, 27 patrons that night are still in the hospital. Of those, 10 are in serious condition and require ventilators. There were originally 41 reported injuries, though it was later revised to 38 in the hospital immediately after the fire. 13 people died inside the club, while over the next few hours and days five more people have now died in the hospital.

The 17 year old’s death, which was officially recorded at 10.14pm last night, means 18 people have now perished as a result of the fire. Mind had been moved from Queen Sirikit Naval Hospital in Sattahip to Thammasat University Hospital for treatment in her extreme state. She remained on life support after having her right leg amputated due to blood poisoning. She also had pulmonary oedema, a breathing problem caused by fluid in the lungs.

The victim’s sister, 10 years her senior, said Mind had dropped out of school to work with her mother to earn money and had gone for a night out with two other friends, one of whom made it out of the club while the other died inside. After an autopsy, her family will take her body to Wat Rangsi Sunthon KM 5 in Sattahip for funeral rites.

The Chon Buri Provincial Health Office provided updates on some other victims and their status, particularly a 25 year old Vietnamese woman among those in serious condition in the hospital after the fire. They reported that she has been on a ventilator but has been showing continuous signs of slow improvement. Doctors will remove her from the ventilator soon and she will continue to be closely monitored in the hospital.

The Vietnamese woman was admitted to a private hospital in Pattaya after her Thai friend laid down a 50,000 baht initial payment to get her in for treatment. The more affordable state-run public hospital initially refused to admit her, saying they were not properly equipped to treat someone with such severe burns from the fire, but after early treatments, she was able to move there when her Thai friend could not afford any more bills.

The woman’s sister has been fundraising to pay off the bill at the private hospital, which has already racked up over 600,000 baht in treatment costs. Posting on social media and fundraising sites in Vietnam, the woman’s older sister has raised about 46 million Vietnamese dong, the equivalent of about 70,000 baht, while in Thailand, her friend helped raise another 60,000 baht.

The government was offering 4,000 baht in compensation for those injured (about 0.7% of her bills so far) and Sia B, the owner who was freed on 300,000 baht bail already, pledged to pay 10,000 baht to each injured victim, about 1.5% of her current medical bills.