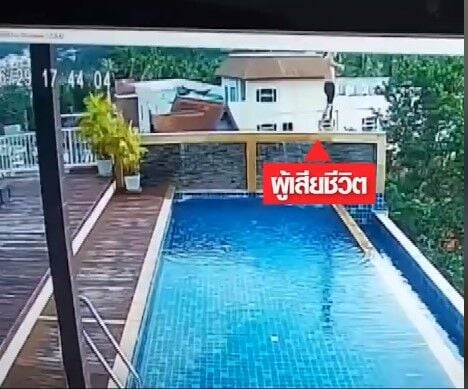 A 19 year old Australian, Joshua Connell, died when he fell from the 6th floor of a hotel rooftop in Phuket’s Patong Beach. He landed on the roof of a next-door restaurant’s kitchen, and was only wearing shorts.s

CCTV video shows that he was balancing on the brick walling and steel railing of the rooftop area before losing his balance and falling.

According to reports by police lieutenant colonel Korkiat Boonplod, Joshua checked in at a hotel on Rat Uthit 200 Year Road in Patong on Tuesday with his friend (other media reports a number of friends).

The restaurant’s crew was getting ready to start serving dinner when they heard a loud bang on the roof over the kitchen. The force of his body broke some roof tiles.

Mr. Connel was from Canberra in Australia and arrived in Phuket on June 28.