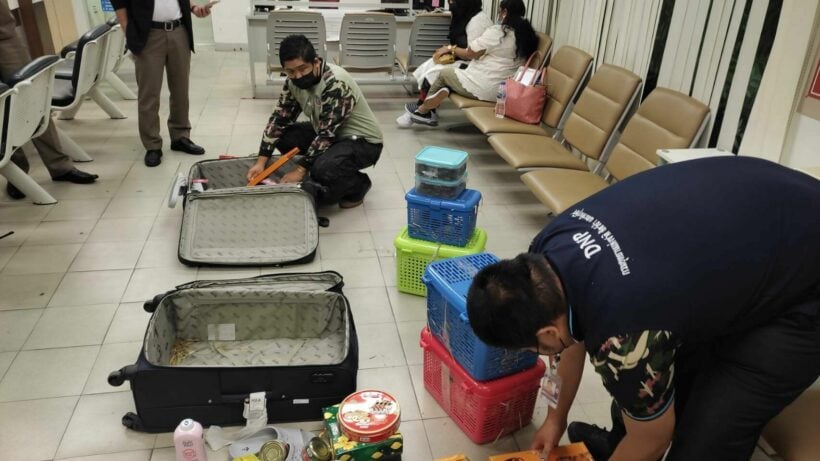 Two Indian women were arrested by wildlife authorities at Bangkok’s Suvarnabhumi airport yesterday after 109 live wild animals were found in their luggage just before they boarded a flight back to India.

50 lizards, 20 snakes, 35 turtles, 2 white porcupines, and 2 armadillos were all found in their bags.

When authorities x-rayed the women’s suitcases, they spotted the animals, according to the chief of the wildlife checkpoint at Suvarnabhumi, Sathon Khong-ngern.

The women were held and accused of breaking the Animal Disease Act of 2015, the Customs Act of 2017, and the Wildlife Conservation and Protection Act of 2019.

For legal action, the 2 Indians, 38 year old Nithya Raja, and 24 year old Zakia Sulthana Ebrahim, have been turned over to the Suvarnabhumi airport police station and are currently in custody pending official prosecution.

SOURCES: Bangkok Post | The Convention on International Trade in Endangered Species of Wild Fauna and Flora of Thailand

Welcome to Thailand’s Post Pandemic Day – July 1. What will change?