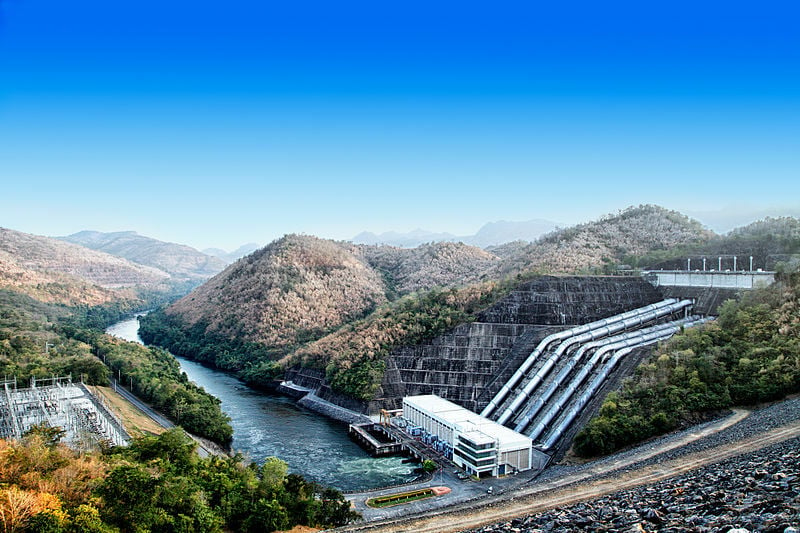 Thailand’s Office of the National Water Resources has requested that irrigation officials be ready to manage the discharge of excess water from 20 major dams and reservoirs. The heavy monsoon rains this year have led to potentially dangerous overflow conditions.Officials from the ONWR have instructed people living downstream to prepare for high levels of water being discharged from the dams, as they try to regulate their capacity in order to avoid overflowing and becoming damaged.

The ONWR listed the following dams as being at risk in these regions:

The mismanagement of dam waterflow has led to other issues across the country. The water level of the Pasak River in the Saraburi province has dropped so dramatically that houses built on the river are collapsing.One of the owners of these houses said that her house was destroyed on Wednesday. She also said this wasn’t the first time that this has happened. She said that due to poor management of excess water discharge at the Pasak Jolasid dam, the same exact thing happened to her house 10 years ago.

The deputy director of the Marine Department inspected the banks of the Pasak river, and described the situation as critical. This is because when water levels drop too quickly, the water that previously served as a foundation for the riverbank disappears, and the bank that does not have the support it needs eventually crumbles. He warned people that if they begin seeing cracks in the ground, they need to leave immediately.

Today, the Thai Meteorological Department warned that even though tropical depression Kompasu weakened and idled over Vietnam, the monsoon season still might bring quite a bit of rain.