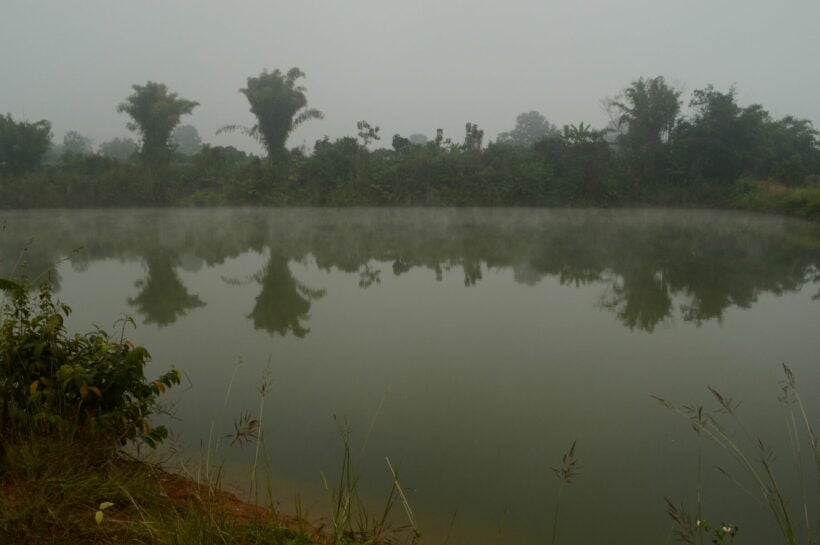 Police in the Chalong sub-district of Phuket found the drowned body of a 21 year old woman in the pond of a housing estate yesterday evening. After being notified that a woman had fallen into the pond and drowned, the police rushed to the scene. They, along with a diving team, then spent an hour searching the waters for the woman. Earlier, local people also unsuccessfully attempted to search the waters with a rubber dingy.

The woman is identified as being mixed-race of Thai and foreign heritage, and a guest at the estate. Her body has now been sent for a medical examination, and police meanwhile continue to investigate the details of her death. According to a report from the Phuket News, police say the woman had fallen into the pond.

Thailand has had a notable problem with children drowning. Drowning is the top cause of childhood deaths in the country. It is not, however, a leading cause of death for the overall population (not children specifically), making the young woman’s death less commonplace. The most common causes of death in Thailand in 2019 were heart disease, stroke, lower respiratory infections, and kidney disease. Drowning is not among the top 12 causes.

Police arrest suspects who defrauded monk out of 140,000 baht

Top 10 ways to avoid food poisoning in Thailand, and tips on how to recover