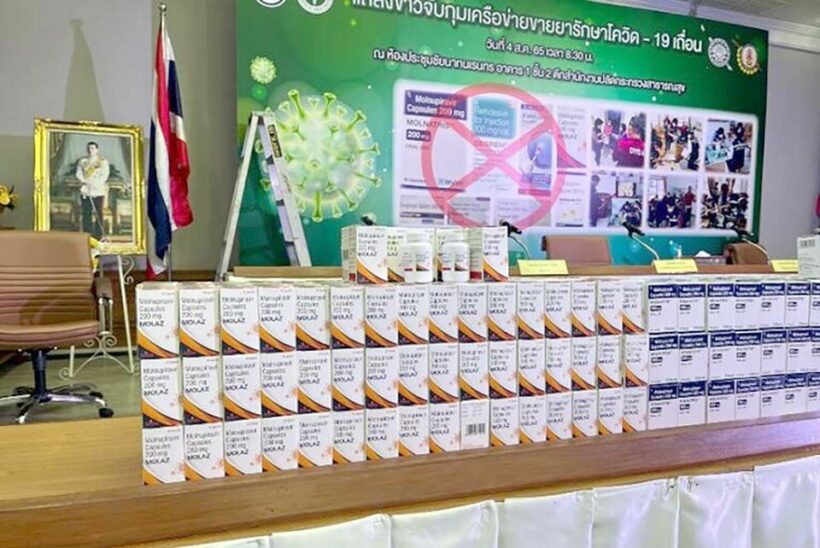 The two women and one man were seized as part of a police sting for allegedly smuggling Favipiravir, Molnupiravir, and Remdesivir drugs from India.

Public Health Minister Anutin Charnvirakul reported that police officers confiscated about 80,000 pills from the suspects who were planning to sell the drugs online and on social media.

The three smugglers were identified as Prasert, Khanittha, and Chaluayrat.

“The officials will not check if the seized medications are real or fake but will destroy them. Wrongdoers would be punished for putting buyers at risk because the latter could not know if they bought real and safe medications or not.”

The health minister added there is no need for people to smuggle coronavirus-type drugs into Thailand as the government has enough medicine from qualified Covid manufacturers. Anutin said that if anyone is suffering from Covid symptoms they should approach their doctors and get treated accordingly.

Pol Maj Gen Anant Nanasombat, commander of the Consumer Protection Police Division, revealed the suspects smuggled the medicine from India and stored it at two houses in Wang Thonglang, and the Taling Chan districts of Bangkok.

Anant reported that Prasert used to import Indian milk and butter into Thailand but turned to smuggle Covid drugs when the pandemic kicked off two years ago.