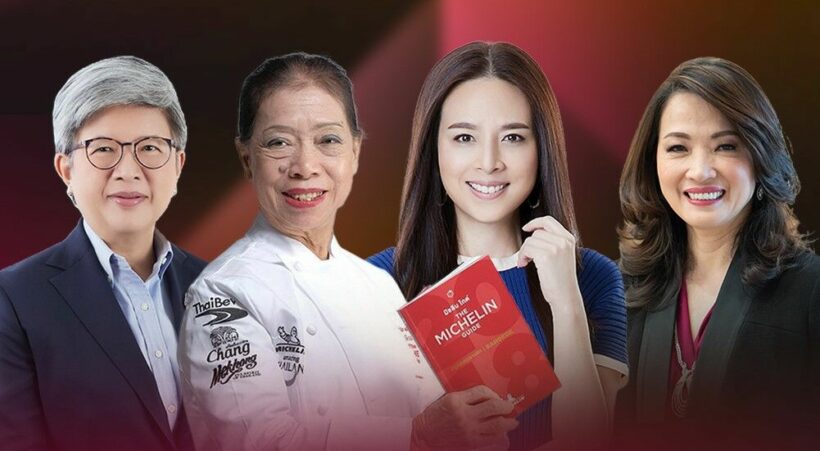 Four renowned Thai women have been recognised in Forbes magazine’s list of influential business leaders, scientists, and other notable figures. The 50 over 50: Asia 2022 list acknowledges those who are leaders in their fields in the Asia-Pacific region.

According to a Bangkok Post report, Forbes published the list on Tuesday and it includes Jareeporn Jarukornsakul, co-founder and chairwoman of logistics facilities company, WHA Corporation. 54-year-old Jareeporn has also been outspoken in her support of Thailand’s plan for the Eastern Economic Corridor and despite the challenges of Covid-19 restrictions in 2020, managed to lead her firm to record revenue of 9.4 billion baht and a net profit of 2.52 billion baht.

The list also features Nualphan Lamsam, president and CEO of Muang Thai Insurance. Nualphan, aka “Madam Pang”, also manages the national football team. As if that weren’t enough, she could be running for Bangkok governor, a potential candidate of the ruling Palang Pracharath Party in the forthcoming election to choose who will lead City Hall.

Also appearing on the Forbes list is Ruenvadee Suwanmongkol, secretary-general of the Securities and Exchange Commission. The 57-year-old is the first woman to hold the position of financial regulator in a traditionally male-dominated sector. In her role, she has had to contend with challenges such as blockchains and viruses causing unprecedented disruptions.

Renowned chef Supinya Junsuta, aka “Jay Fai”, is also on the list. She is the 77-year-old owner of the Michelin-starred Raan Jay Fai restaurant in Bangkok. A self-taught cook who used to work as a seamstress, Supinya taught herself to master dishes such as Japanese omelettes, a key influence behind the crab recipe that became her signature dish. She earned her Michelin star in 2018 and had held on to it every year since.