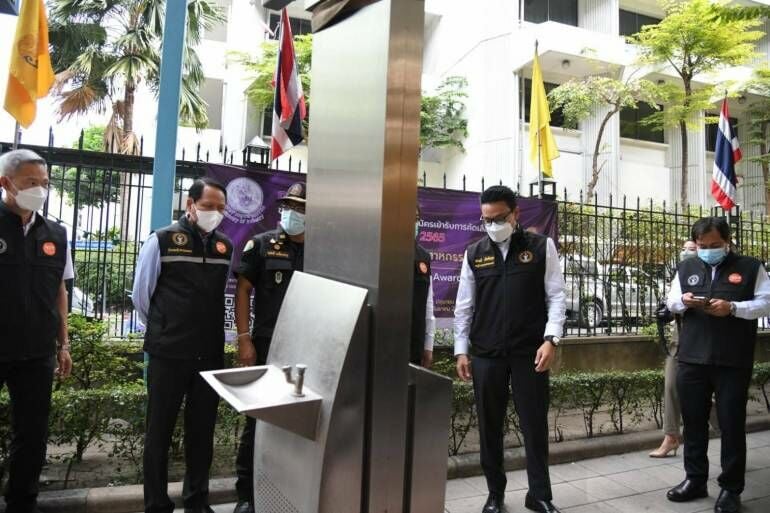 In December last year, Bangkok Metropolitan Administration assigned the Metropolitan Waterworks Authority to demolish 400 public drinking fountains from the city’s paths, that were first introduced in 1999, because they were old, creaky, and lacked maintenance.

Metropolitan pedestrians complained to the authorities that they were unable to use the fountains because they were unhygienic, the water was contaminated, and they caused an obstruction to passersby.

Chadchart says the MWA insists the city’s tap water is drinkable, but people can not find any free drinking water in Bangkok. So, drinking fountains should be installed to prove the quality of tap water and to reduce the use of plastic bottles.

The 56 year old revealed that a committee will be set up to start the project and it will be led by the Deputy Bangkok Governor, Wisanu Subsompon.

Chadchart says he has listened to all the complaints and emphasised the fountains would not cause an obstruction, and the water would be clean and drinkable.

The Director-General of the Health Department, Suwanchai Wattanayingcharoenchai, reported to the media on March 21 this year that 20% of tap water in Thailand was drinkable, 55% needed to be boiled before drinking, and the rest wasn’t fit to drink because the amount of iron, manganese, fluoride, and chloride was below standard.