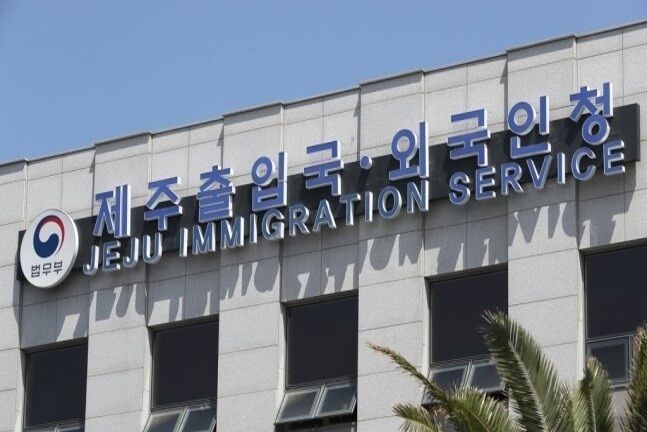 Jeju Immigration Service announced that of the 697 Thai nationals who arrived at Jeju Airport from Bangkok through a direct Jeju Airlines flight between Tuesday and Friday, 417 were denied entry and were flown home.

The other 280 people who entered the country were part of a planned three-day tourism program. But 55 of them left their tour groups and disappeared and the South Korean Immigration Office announced it is trying to work out where they went.

Immigration officials revealed that Thai tourists choose to enter South Korea through Jeju as they have more of a chance of gaining entry than at any other airport in South Korea.

South Korea operates the K-ETA system, which allows people from 112 visa-waiver countries, including Thailand, to obtain electronic travel authority online before traveling. But the Seoul government has exempted foreign arrivals through the Jeju International Airport from the K-ETA because Jeju is a tourist spot.

At present, all foreigners are required to obtain a K-ETA or a visa to gain entry into South Korea. Non-Korean nationals going to South Korea for tourism, business meetings, discussions, conferences, short-term study with a stay below 90 days, and family visits should apply for K-ETA online at least one week before arrival.

If the purpose of your visit is not covered under the K-ETA, or your nationality is not eligible for a K-ETA, you must apply for the appropriate visa.