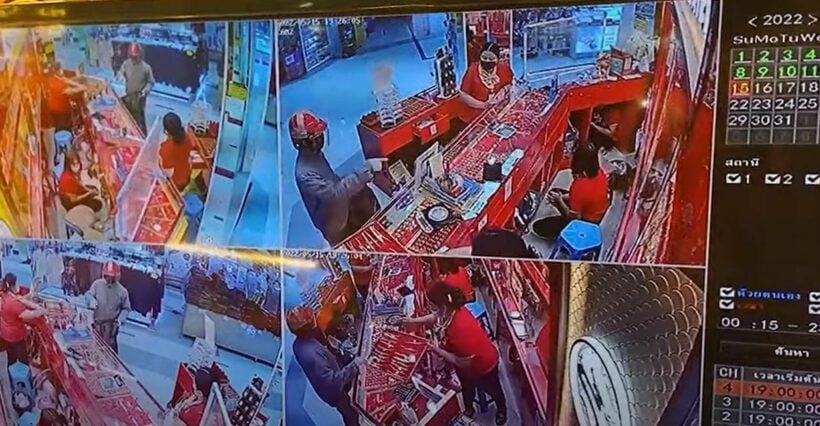 Police are on the lookout for an armed robber who fled the crime scene with nearly 6 million baht worth of gold from a Big C Supermarket in Tak, Northern Thailand, on Sunday.

The robber burst into the popular superstore, withdrew a handgun, demanded cash and several trays of gold jewelry, before making his escape on a white Yamaha motorbike heading towards King Taksin Hospital, says the three members of female staff held up a gunpoint.

The thief, a tall, thin man was wearing a grey jacket, brown trousers, white gloves, and red helmet with a white cross painted on it.

Tak police immediately launched a manhunt to apprehend the criminal and set up check points in Muang District, while authorities in Mae Sot have been told to be vigilant on the border to Myanmar.