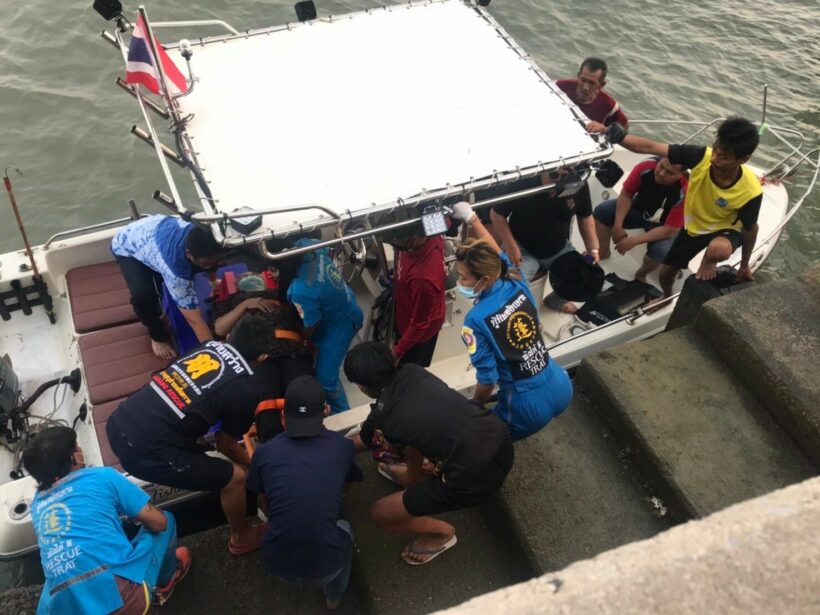 A group travelling by speedboat from Koh Chang had to be rescued after the boat hit rocks, causing it to take on water and sink. The seven people on board the speedboat, including the skipper, were floating in the Gulf of Thailand off the coast of Trat’s Koh Lim for around two hours. The group had been travelling from the mainland to Koh Chang to visit relatives. An elderly woman had to be transported to the hospital on a stretcher due to extreme exhaustion. Others were also sent to the hospital.

The 62 year old skipper told Thai media that he was hired by a group who wanted to travel to Koh Chang to visit their relatives. Around 4 pm, while travelling back from the island, the boat hit rocks and cracked. All passengers wore life jackets and looked after one another, especially the elderly woman, as they floated, keeping an eye out for the rescue team. One man says he will never forget this accident.