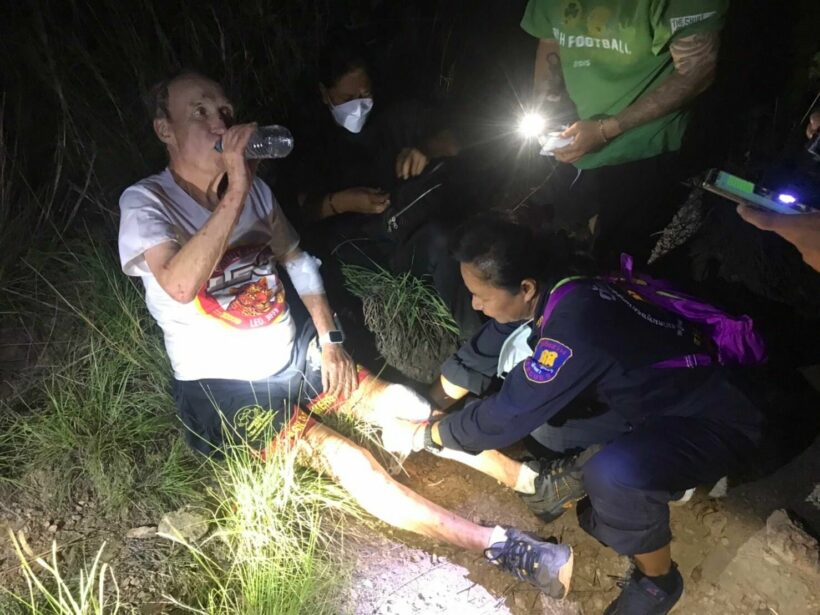 After being lost and stranded while hiking on Koh Larn, just off the coast of Pattaya, an unnamed 77 year old Australian gentleman was eventually found and rescued. It is still unclear how he became separated from the group. There were 20 people in the hiking group.

After completing the trail, the group failed to do a head count once they got on the ferry to head back to Pattaya.

They only discovered he was missing once they arrived back on the mainland. Then immediately got in touch with Pattaya police and Koh Larn rescuers to help find him.

Almost 100 Baan Koh Larn rescuers and locals searched the area of the hike for the missing Australian. After 3 hours searchers found the man resting in a part of the forest.

The unnamed 77 year old had signs of exhaustion, dehydration, as well as multiple cuts and bruises on his feet. He was brought to the Baan Koh Larn Medical Centre for treatment.

He’s currently making a quick recovery at the hospital.