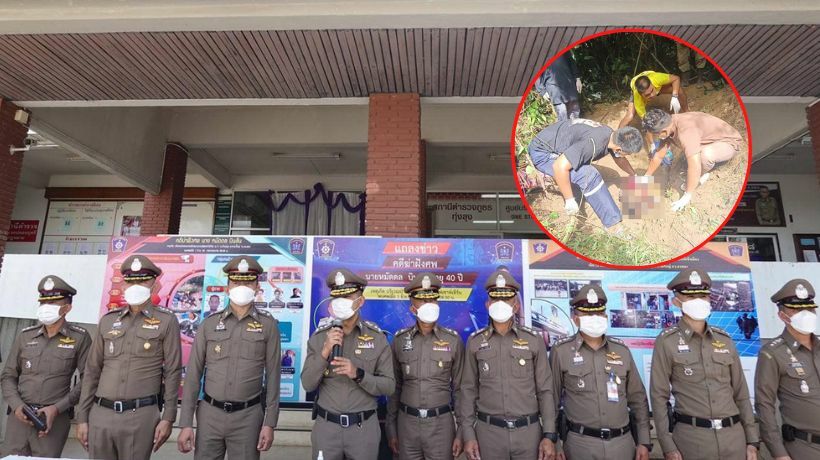 Eight illegal Burmese immigrants have allegedly confessed to the murder of a Thai man in the Hat Yai district of Songkla province in the south of Thailand.

The suspects allegedly admitted to the murder of Maddol Binson because he extorted money from them and tried to kidnap a woman from the group.

The body of the 40 year old, a staff member of the Provincial Electricity Authority, was found in a freshly dug shallow grave in a forest beside a golf course near his home on Wednesday, June 1. His hands were tied behind his back, feet bound, a piece of red cloth was tied around his head and mouth, and a black bag was around his neck. He had been hit on the right side of his head with a hard object, which probably killed him.

Maddol’s brother, Donrorman Himla, found his body. The 26 year old reported that Maddol didn’t come back home that evening so he decided to look for him at a spot where he usually went to find forest products.

He discovered his brother’s boots, bags, 10 logs, and a blood stain on the forest floor near his belongings. Donrorman realised that his brother might have been attacked and alerted the community leader of his disappearance.

The Deputy Commissioner of the Royal Thai Police, Surachate “Big Joke” Hakparn, reported that the murder case was connected with the arrest of 109 illegal Burmese people on June 2.

Big Joke revealed that the police investigation found that 8 Burmese people were involved in the murder of the Thai man. There were multiple charges, including murder, concealing the body, and suppressing evidence to keep the death a secret.

The authorities initially suspected that Maddol might have accidentally discovered the shelter of the illegal workers and was murdered. But the suspects revealed that Maddol discovered them while they waited for an agent in the forest. Maddol threatened them with a gun and knife, and asked for money.

The group handed over their money but he still became violent and tried to kidnap one of the women. That was when they attacked Maddol.

The suspects said the agent took them to another place that day, but they traveled back to the scene of the murder to bury Maddol.

Big Joke informed the media that the police would continue to search for another 5 suspects involved in the case, and investigate human trafficking too.