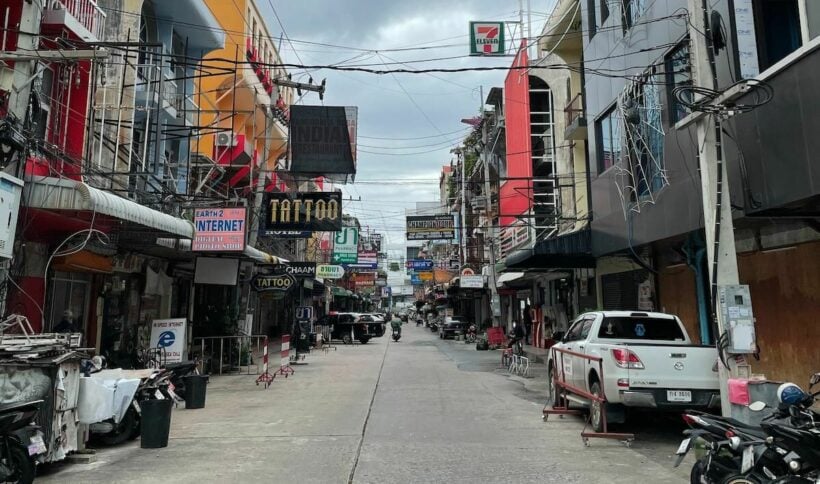 A 29 year old man in the eastern suburbs of Pattaya City was admitted to a local medical facility on Sunday night after he allegedly stabbed his girlfriend to death before attempting suicide. At around 11pm on the night of the incident, police and emergency responders found the body of a 39 year old woman on the floor with five stab wounds.

Nongprue police received a call Sunday night from a person who claimed to be a relative of the suspect, saying her relative had told her he had killed his partner for cheating on him and wanted to say goodbye before he killed himself. The relative told The Pattaya News that she also rushed to the home after calling the police.

“I immediately called law enforcement and rescue workers … We arrived to find him severely injured, but alive. Tragically, his girlfriend had already passed away.”

Officers, together with emergency personnel, then rushed over to the house where they found the body of 39 year old Apinya Sirijanda with five stab wounds and Teerasak Nakprem, who was still alive, lying severely injured from what police say seemed to be a self-inflicted knife wound. A kitchen knife and beer bottles were also found on the floor of the room.

Teerasak was sent to a hospital for treatment. When he recovers, he will face criminal charges. He is now under police guard and on suicide watch at a Banglamung medical facility.