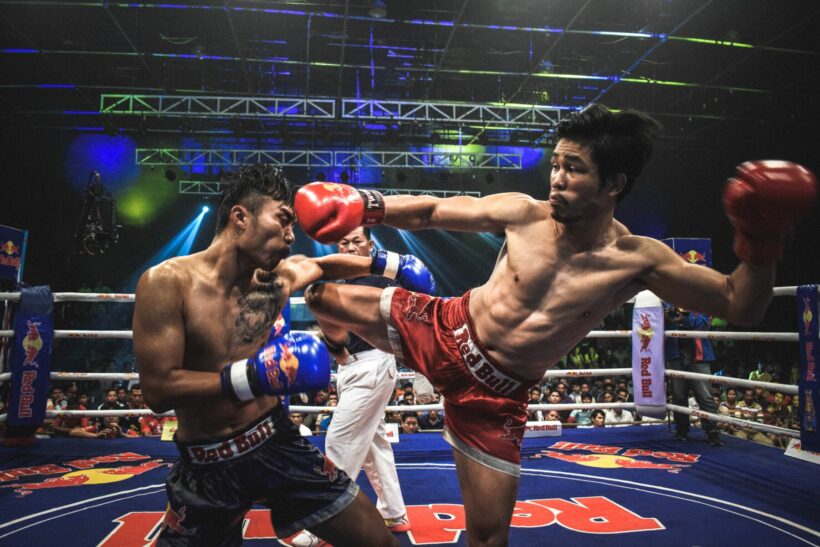 Muay Thai, or Thai boxing, is the probably first sport that springs to mind when thinking of sports in Thailand. People come from all over the world like to give it a try, whether they want to take it up seriously as a sport or just for fun.

Muay Thai has played a significant role in Thai culture for many centuries. The martial art has foundations in the nation’s military history, dating back to the Sukhothai Kingdom in the 13th century. The passion and interest in the sport grew over time and the skills were passed down from generation-to-generation .

The sport is known as “the art of eight limbs” because of the 8 points of contact used by the human body, which mimics weapons used in war. The hands serve as swords and daggers, the shins and forearms serve as armour, the elbow serves as a powerful mace or hammer, and the legs and knees perform as an axe and staff.

Muay Thai, a crucial aspect of mixed martial arts training, is coached by some of the world’s most successful fighters. Pads are used during training sessions to keep competitors safe.

In the Sukhothai Dynasty the first Thai army was trained in Muay Thai in order to defend the country. The men were trained in both armed and unarmed defense. The increasing awareness of danger between Thailand and its neighboring countries, including Burma and Cambodia, saw the first Muay Thai camps surface at around the same time.

Several training camps were set up throughout the country and Muay Thai was developed by strong Thai men for self-defence, fitness, and discipline, resulting in large armies to defend the Thai Kingdom.

Back then, fighters’ matchups were chosen without consideration of body weight, height, experience, or age. Local champions performed as ambassadors for their town or community and they were frequently involved in fights on behalf of powerful corporations or royalty to resolve conflicts.

During the Thonburi Kingdom in the late 18th century, Thailand experienced peace. But Muay Thai continued to be practiced by Thai troops, while civilians enjoyed it as a hobby.

The legendary Nai Khanom Tom, who lived in the Ayutthaya period, is responsible for one of the most well-known Muay Thai tales. The story describes how Nai Khanom Tom, who was imprisoned after the Siam kingdom was under siege, fought and defeated 9 Burmese fighters one-by-one.

Ancient Muay Thai, known as Muay Boran, was originally created for hand-to-hand combat in times of war. But as the sport developed, lethal Muay Boran methods like strikes to the joints or back of the head became banned in the sport.

Since World War I, Muay Thai has developed into a competitive combat sport that is adored and enjoyed all over the globe. The use of cushioned boxing gloves, 3 to 5 rounds with a time restriction, set rules, and ring-based combat are all features of modern Muay Thai that borrows from classical boxing.