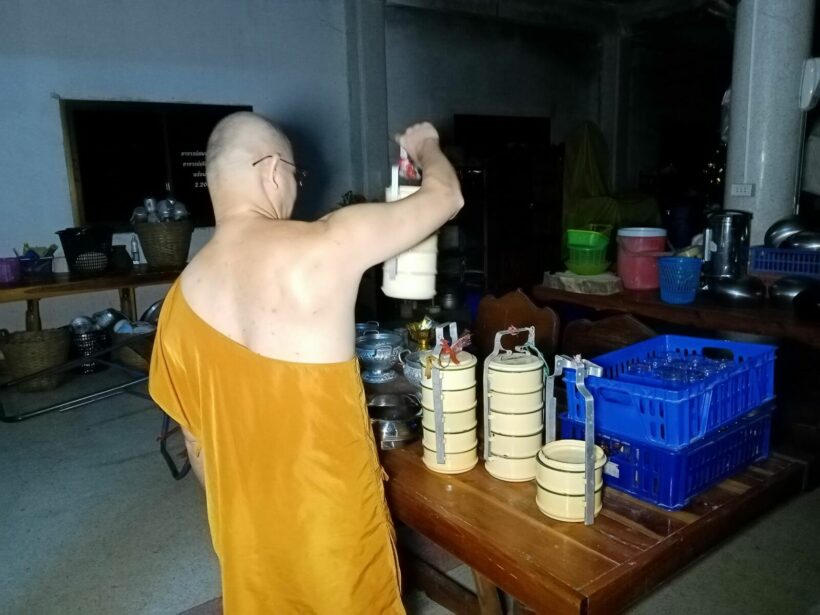 A history of bad blood between two monks yesterday resulted in the death of one on yet another day of shame for the Buddhist faith.

There has been an endless number of monastic scandals over the past year in Thailand involving Buddhist monks being caught engaging in inappropriate and criminal acts in violation of their monastic vows from fornication to rape, from substance abuse to drink driving, and from theft to embezzlement.

The latest, yesterday, involved two monks fighting which resulted in the death of a 64 year old after a clash with a 49 year old at Wat Mai Thong Chai Temple in the central province of Kamphaeng Phet.

As far as Buddha’s teachings and scriptures are concerned, Buddhism forbids violence in resolving conflicts.

Officers from the Khlong Larn Police Station were called to investigate the temple in the Khong Larn district of Kamphaeng Phet.

Police found the 64 year old monk, Kumart Absuwan, unconscious on the floor with cuts and bruises on his face at the temple pavilion. He later died in hospital.

The offender was reported to be a 49 year old monk in the same temple named Anake kwanyuen, who surrendered himself to the police.

The witnesses informed the police that there was bad blood between the two monks and that they always poked fun at one another. Yesterday Anake made fun of Kumart and the older man got angry.

The superintendent of Khlong Larn Police Station, Pisit Sanguankaew, reported that Anake was ordered to leave the monkhood, and was charged with attacking others, causing death.

Anake informed the officers that he had attacked Kumart due to anger and didn’t expect that the attack would lead to his death.

According to Thai Law, Section 295, whoever causes injuries to others both physically and mentally would face a penalty of imprisonment of up to two years, a fine of up to 4,000 baht, or both.

The abbot of the temple and the community leader informed the media that both monks were mental health patients and they were very sensitive.

Hong Kong man goes to Thailand to meet ‘lover’, gets trafficked to Myanmar

Electricity prices soar 18% to 4.72 baht per unit next month