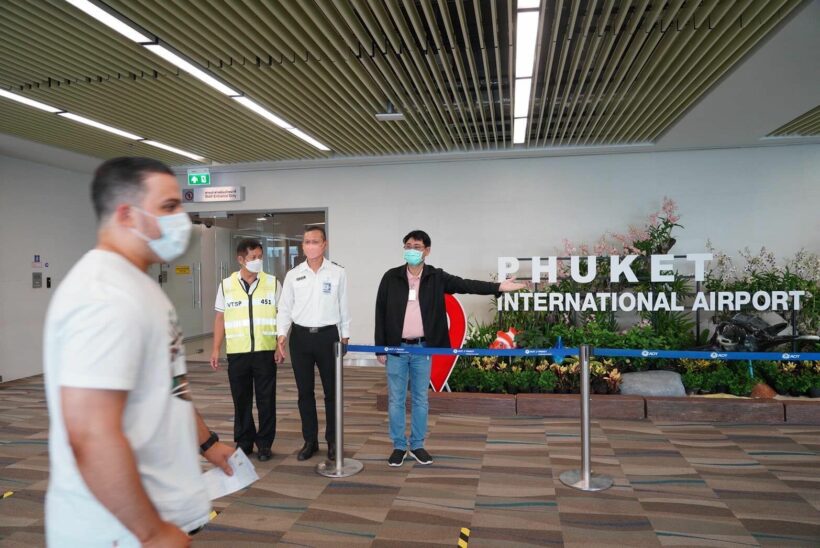 An aluminium ‘bar’ from Phuket Airport’s domestic terminal ceiling has fallen to the floor, just avoiding hitting a female passenger standing nearby. No injuries were reported, but the woman was in shock and fainted. Ceiling structures at Thailand’s airports have suffered from ‘gravity’ over the past few weeks.

Yesterday, at 11.20 am, officials at Phuket airport’s domestic terminal were notified that a female passenger was standing close the area where a piece of the roof fell, an aluminium bar falling from the ceiling. The woman was reported to be a Thai, waiting for her flight from Phuket to Bangkok. According to the report, she was in shock immediately after the incident and fainted, but she wasn’t actually hit by the falling piece of the ceiling. Airport officials had the woman taken to hospital immediately for observation.

An airpot spokesperson told Thai media that the incident happened while there was rain in the area. The officer suspected there could have been flooding on the roof, and it somehow seeped into the ceiling and weakened the structure (moist aluminium?). The officer said that a team from the airport had visited the woman at hospital to apologise about the interruption to her travel plans.

A similar case happened at Phuket airport 3 years ago. That time the entire ceiling over departure lounge seating, at the same terminal building, came crashing down. One passenger was hit on the head in that incident. The incident occurred just after 3 years of extensive renovation of the old terminal (that is now the domestic terminal) after the completion of the new international terminal.