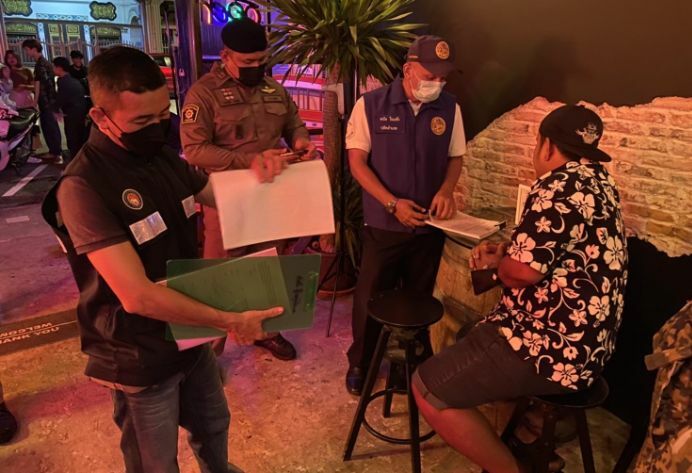 What began as noise complaints turned into a conflict over Covid-19 restriction violations in Phuket this week. Phuket police arrested 2 night venue operators earlier this week following complaints of loud noise after the midnight closing time.

Both managers allegedly violated the curfew and Covid-19 restrictions, and one allegedly also violated entertainment employment laws for entertainment venues. Their venues are both located in the island province’s main city district. The managers were both taken to the Phuket City Police Station for further legal actions.

As Thailand’s bars and clubs have ‘officially’ reopened across the country, Phuket officials have been on their toes about Covid-19. Earlier this month, Phuket Vice Governor Pichet Panaphong, along with Phuket City Police and others officials, visited venues around the Nimit Circle (well known as Seahorse Circle), to probe whether venues were following public health requirements.

Thailand’s CCSA announced last week that the closing time would be moved to 2am (and 1am in ‘some’ locations) starting July 1. But this week, a CCSA spokesperson said “it remains unclear when operating hours will be extended to 2am… as there are three laws that cover closing hours for night entertainment venues”.

The CCSA is seeking clarification from the National Security Council to study the legal details of the new closing times before submitting a proposal to the cabinet.

Whilst it is hoped that all the announcements made last Friday can go ahead from July 1, they will need to be posted in the Royal Gazette first, a rubber-stamp administrative procedure in Thailand.