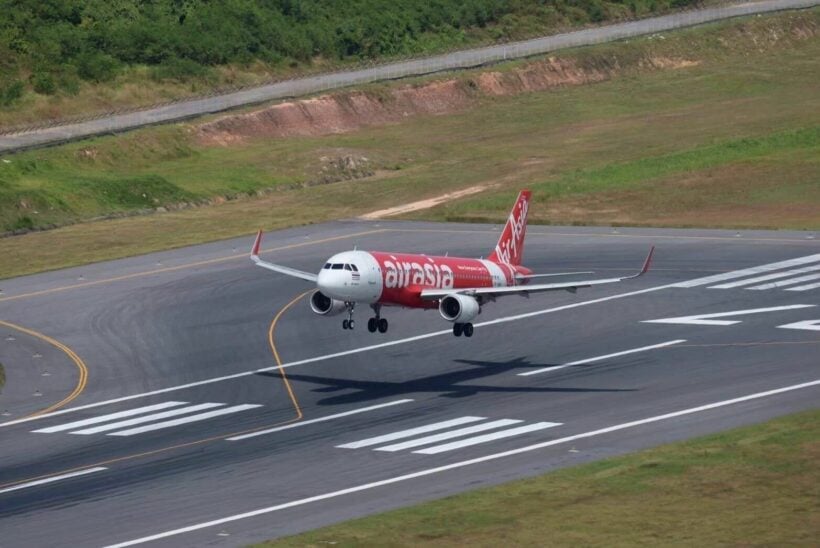 Today, Thailand’s Civil Aviation Authority – or CAAT – reported a “serious incident” which took place earlier this month. On May 4, an AirAsia Airbus A320-200 landed on the wrong runway at Bangkok’s Don Muang Airport.

The Thai AirAsia aircraft departed Ranong city at 12:43 and landed on Don Muang’s unassigned 21L runway at 13:36, instead of the 21R runway as intended.

Although no accidents occurred as a result of the mistake, Thailand’s CAAT has rated the incident as “serious” following standards set by the International Civil Aviation Organisation. Two pilots have been temporarily suspended in connection with the incident.

Landing on the wrong runway can have fatal consequences, for example the 1979 crash of Western Airlines Flight 2605 which landed on a runway which was closed for maintenance in Mexico City, killing 72 of the 89 people on board and a maintenance worker on the runway.

Thailand’s CAAT has launched an investigation into the incident to figure out the cause, which should be completed within 30 days. Whether anyone will be punished for the incident depends on the results of the investigation.

Don Muang Airport only has two runways, with a golf course in between them owned by the Royal Thai Air Force. Apparently, golfers are warned by a red light whenever a plane is about to land.

AirAsia has apologised for the incident and insists it will strictly adhere to preventative safety measures to ensure it never happens again.

Scams are on the rise with over 1 billion baht stolen

The QUAD Summit in Tokyo – what is QUAD, who’s attending and what are they talking about?