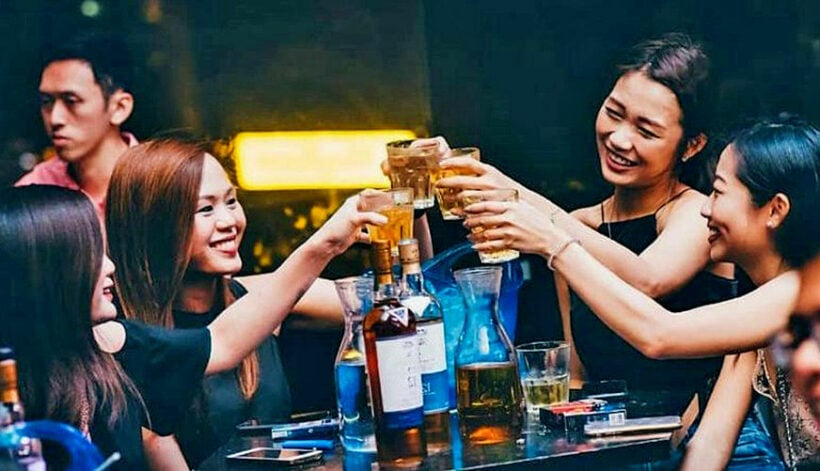 In Bangkok voting is across 50 districts where 31 candidates are vying for the position of Governor – the only provincial electorate in the country where the Governor is elected through popular vote. In all other 76 provinces around Thailand the Governor is appointed by the national government.

55 year old Dr. Chadchart Sittipunt is the hot poll leader for today’s vote in Bangkok, a former Pheu Thai politician who has been working on his campaign, along with 10,000+ volunteers, for the past 2 years.

Those who break today’s alcohol ban risk 6 months in prison, a fine of up to 10,000 baht, or both. For the designated 24 hours, since 6pm last night, no alcohol can be purchased, sold, or distributed. While the ban will apply to all 50 districts of Bangkok, it won’t apply to neighbouring provinces like Nakhon Pathom or Nonthaburi.

In reality voters can obviously pre-buy any alcoholic beverages before last night at 6pm and the locals always know where they can get a sneaky drink if they really want to last night and today. In past elections, angry netizens, particularly expats, called the ban a part of Thailand’s “ridiculous war on alcohol“. Of course no tourists or expats are able to vote so they wonder why the government has to interfere with their fun over the 24 hour ban.

The ban is reportedly supposed to discourage so-called ‘drink voting’ in Thailand, preventing people from voting for candidates they might regret voting for later on. The ban is also meant to suppress possible buying of votes through drinking parties or free hand-outs at polling booths.

The upcoming governor election is Bangkok’s first since 2014 when the last election was cancelled by the incoming military coup.

The highest ever number of candidates, 31, have registered for the election in Bangkok. Candidates registered at City Hall in March, each promising to improve a number of conditions, many of them not really under the control of the Bangkok Governor. Things like fuel costs, air pollution (mostly washing down from the north and over the border), Bangkok’s sinking and flooding, and the cost of living issues, are national budget and political items.