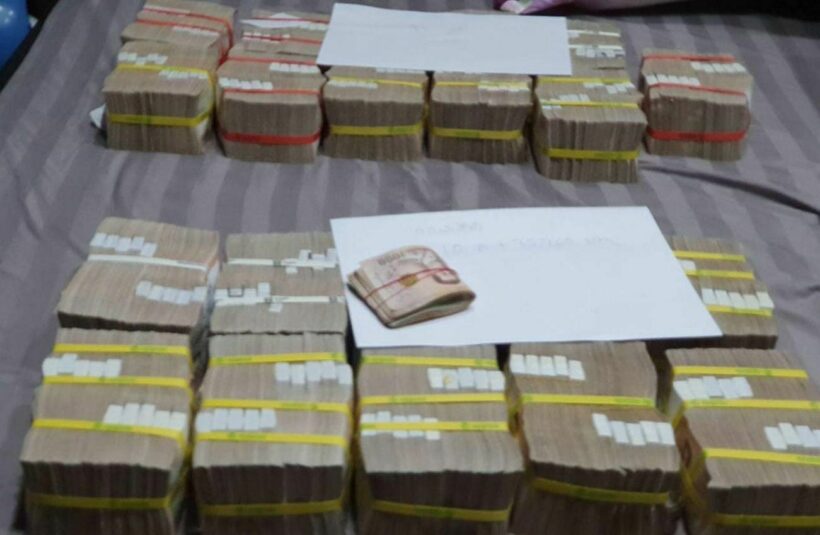 A man alleged to be a money launderer for a major drug trafficking ring has been arrested. The alleged money launderer was linked to alleged drug kingpin “Nu Chen” and police seized about 70 million baht worth of assets at his house in central Bangkok. Police impounded 2 cars, 2 title deeds, 18 kilogrammes of gold bars, US $10,000, and 23 million baht cash.

According to the Narcotics Control Board secretary-general, the 42 year old alleged launderer was taken into custody at his home in the Suan Luang district of Bangkok on Tuesday with help from officers from the Police Provincial Region 6 and narcotics suppression police.

An arrest warrant was originally issued by the Mae Sot Provincial Court on August 16 on accusations of money laundering before police eventually tracked him down in Bangkok.

The investigation that led to this arrest started several years earlier, however, when police in Tak impounded 1.5 tonnes of crystal methamphetamine in Huai Ra-u in Mae Sot in 2019. The drugs in the big bust ended up belonging to Nu Chen, the alias of Thapanan Thamaratthada.

It led to extended investigations up the chain of the drug trafficking network that led to this week’s arrest, 2 years later. Nu Chen was later linked to the alleged money launderer through his female assistant. The 34 year old woman is alleged to have handled the money side of the operations and was arrested previously, but Nu Chen remains at large.