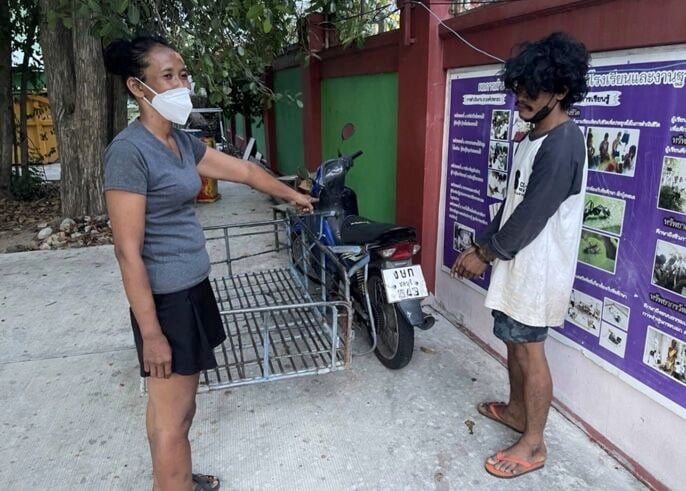 Pattaya police arrested Mee and Fon at the entrance to a market in Bang Lamung, after 2 victims complained about their stolen bike carts on Thursday. At the market, the police confiscated the stolen bike carts. Initially, both suspects were charged with stealing at night, and receiving stolen property.

Another incident of motorbike theft happened last month when a man in Thailand’s eastern province of Trat rather embarrassingly tried to sell a used motorcycle to a shop it was stolen from two weeks before. The man told police in questioning that he got the bike from a friend who told him to sell it, and they would split the money. But the shop’s owner told the Bangkok Post he immediately recognised the bike, and that the suspect had not even changed the license plate.

The owner stalled the man, suggesting the motorcycle might be worth 10,000 baht. Meanwhile, he waited for the police to show up. Police immediately arrested the suspect, 29 year old Phanupong, when they arrived.