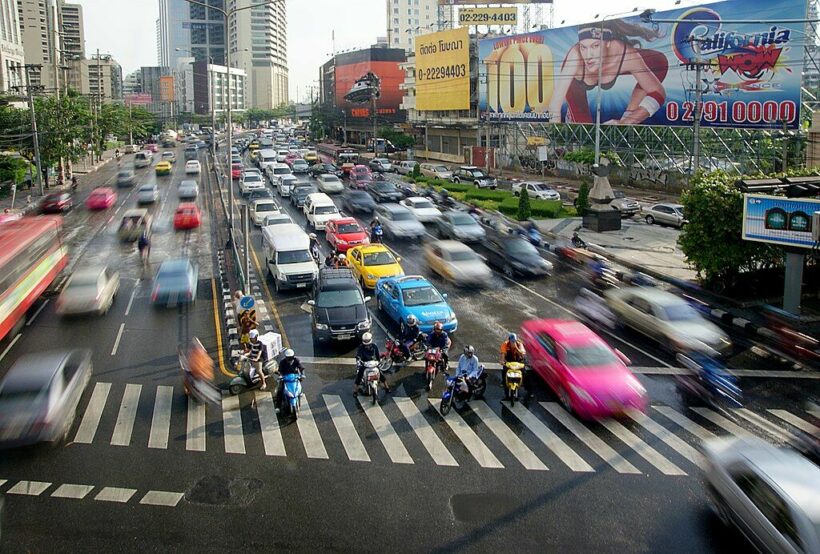 After last week’s tragic killing of a pedestrian by a motorbike at a Bangkok zebra crossing, a pickup truck killed a pedestrian crossing the road in Samut Prakan this morning. A pickup truck struck 33 year old Win Mar Soe, who is from Myanmar, and reportedly swung her 10 metres. First responders took her to Chularat 9 Airport Hospital in critical condition, and she later died.

The pickup truck driver, 34 year old Montree Poolslip, reportedly admitted he was driving too fast and said he didn’t see Win in time as she crossed the street. He also told police the crosswalk marks were faded and hard to see. Police took Poolslip to Bangkaew Police Station for questioning. He faces a charge of fatal reckless driving. His truck’s front-left fender caved in from impact.

Since last week when a motorbike hit and killed eye doctor Waraluck Supavatjariyakul last Friday in Phaya Thai, there’s been a passionate conversation in Thailand about pedestrian safety and the country’s dangerous roads. Authorities have since taken steps to lessen the chances of people being hit by cars. Bangkok officials painted signs telling drivers to slow down at crosswalks, and also 50 metres before crosswalks, to warn drivers in advance they will have to slow down before reaching the crosswalks.

One government spokesperson Pongsakorn Kwanmueng revealed that over 25,000 drivers broke traffic laws in the past month. On Wednesday, members of the Drunk Driving Victim Network placed flowers and notes at a tree by the crosswalk in memory of the Dr. Waraluck and then held a demonstration where she crossed the road.