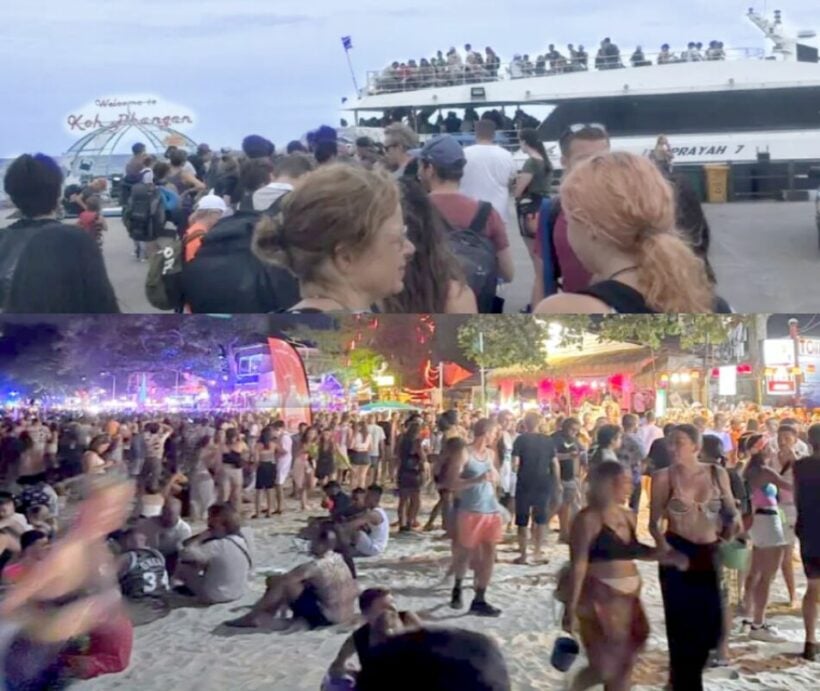 Another long holiday weekend has benefited tourism in southern Thailand, as the province of Surat Thani recorded over 57,000 visitors. Both domestic and foreign travellers made their way down to Surat’s popular islands for the 3-day weekend.

Data shared by the Surat Thani office of the Tourism Authority of Thailand said that 24,639 foreigners made their way to one of the islands or somewhere in the province. Even more local Thai tourists came to the province, with 32,604 recorded, making a total of 57,243 people travelling over the holiday weekend.

The average stay during the holiday weekend was 3 nights and local hotels reported an average occupancy rate of 54.39%, though the rates were likely much higher at the Full Moon Party on Koh Pha Ngan, where most properties sell out every month. The party was one of the main draws this weekend, with estimates of 10,000 people attending, about half the numbers from last month’s party during the longer five-day holiday weekend.

The director of the TAT Surat Thani office credited the beautiful weather over the weekend as a primary factor encouraging travel. They pointed out that the popularity of diving in Koh Tao and an event in Koh Samui had also drawn people out to the islands.

The larger number of Thai tourists could also be attributed to the fact that, while foreigners often overlook the local mainland, the province does have beaches, forests, waterfalls, and other sites of natural beauty that domestic travellers take the time to enjoy.

“The sea is beautiful recently and worth visiting, especially on all three popular islands. Koh Phangan was holding a full moon party, Koh Samui had a trail competition, and Koh Tao had a lot of diving tourists. Several tourist attractions on the mainland such as forests, water pouring, and Ratchaprapa Dam were also busy this weekend,”