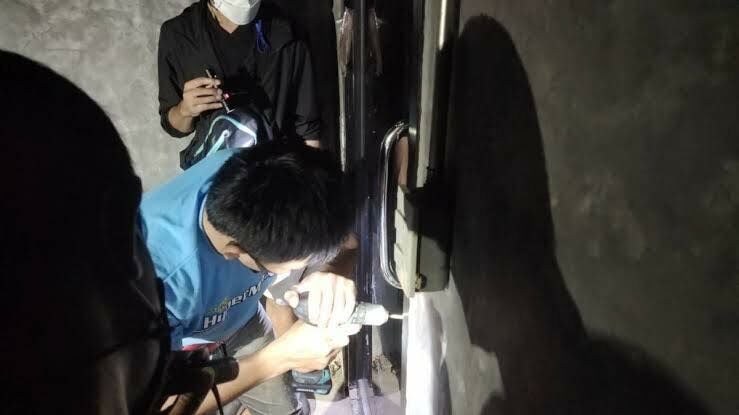 In another nightclub raid in Pattaya, police called a locksmith to open the venue, which officers say, was still operating after the 9pm cutoff time for alcohol sales, but had the doors closed and locked to make it appear that it was closed.

Police say that The Box 69 Club in Soi Bong Kot of Southern Pattaya turned off some of the lights and turned the music down low, but staff and customers were still inside partying. Apparently, police were outside, knocking on the door, for about two hours. When they called a locksmith to the club, they found more than 50 people inside.

According to measures set by the Centre for Covid-19 Situation and Administration, restaurants approved by SHA+ and Thai Stop Covid 2 Plus in the “blue” zone provinces, like Chon Buri, are allowed to sell alcohol until 9pm only. Some bars and nightclubs, with permission from the government, are allowed to open as “restaurants.”

A number of bars and restaurants, especially in Pattaya, have been busted for serving booze past the 9pm cutoff time. Many have turned their lights down after 9pm and have served alcoholic drinks in paper cups in an effort to be more discreet. And with the high infection rate in Chon Buri, with clusters in Pattaya, police have been cracking down on nightlife venues that open past 9pm.