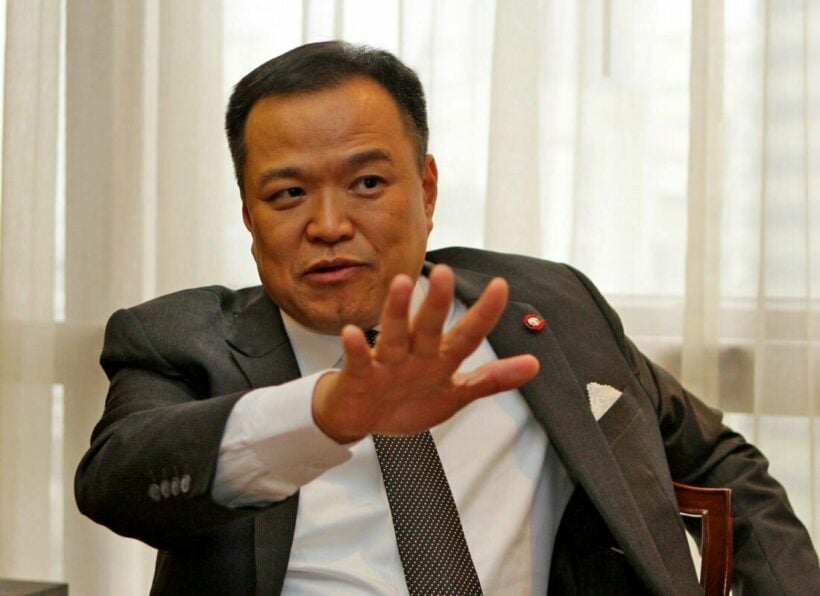 Deputy Prime Minister Anutin Charnvirakul says that, if people want him, he is willing to step in as the next prime minister of Thailand. Anutin, who also has been serving as the Minister of Public Health throughout the tumultuous Covid-19 pandemic and response, said that if the citizens of Thailand want him to be their next leader, he is willing to be a candidate.

Anutin is the leader of the Bhumjaithai Party and travelled to Khok Samrong district in Lop Buri yesterday to make a formal announcement of the party’s new nominees in the coming election for Members of Parliament. But, when a reporter asked the party leader who would be nominated as their Prime Minister candidate, he replied that they always nominate the party leader.

It is a tradition of the Bhumjaithai Party, which currently controls 3 ministries to make the party leader the Prime Minister candidate as well, so Anutin said he would step into the role if he must.

“If I have to be the prime minister, I will be.”

Anutin has long been rumoured to have his eye on the Prime Minister position, so his nonchalant comments may be downplaying his desire for the leadership of the Kingdom, but this still marks the first time the Minister publicly stated that he was interested in running for the office.

Anutin was in Lop Buri with the Minister of Transport Saksayam Chidchob who serves as the Secretary-General along with other top party officials in a promotional campaign event and used the appearance to push for expanded influence for the Bhumjaithai Party in the next government after the elections. He sang the praises of his party’s accomplishments and rallied the public to give them more power moving forward.

“You chose us to work for you and we already proved it with the cannabis legalization. Road development in the province was also carried out. High-speed trains were planned to pass the Lopburi areas. Lopburi is a tourist city, so we will develop tourist attractions. In this government, Bhumjaithai ruled 3 ministries. In the next election, let’s go for 6 ministries. We’d like our brothers and sisters to vote for Bhumjaithai MPs.”