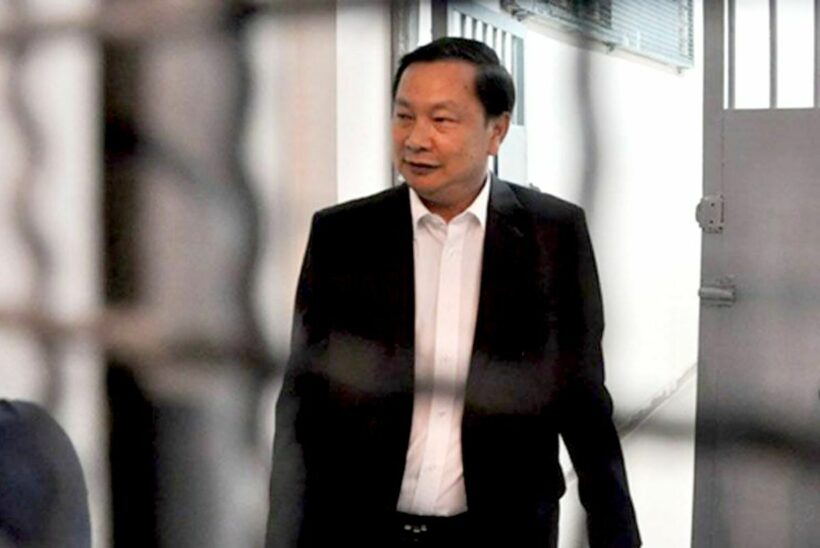 Following a twisted tale of alleged greed and corruption, former Deputy Minister of Commerce Banyin Tangpakorn has been sentenced to death by the Appeals Court. The ruling increased the earlier life imprisonment sentence for the murder of a judge’s brother in an apparent attempt to sway another court ruling in the deputy minister’s favour.

The story sounds like it was lifted straight out of a Hollywood movie and begins with a fatal car crash on June 26, 2015, with Banyin behind the wheel and billionaire contractor Chuwong Saetang found dead in the front seat of the vehicle. The car had plowed into a tree in Bangkok at 30 kilometres per hour. But deeper investigation uncovered numerous inconsistencies and the tale begin to unravel.

They had been traveling from a golf course some 20 kilometres to the contractors house, but there was a two-hour gap between when they left the course and when the crash occurred. Broken ribs and ligature marks on the contractor’s neck were inconsistent with a car crash and suggested that the accident may have been a cover-up and the billionaire was already dead when it occurred.

Banyin, who had served as Deputy Minister of Commerce in 2000 and was a two-time Pheu Thai MP for Nakhon Sawan, was prosecuted in the South Bangkok Criminal Court where Judge Panida Sakuntaprasert presided. She soon began receiving threats relating to the case and asked her brother to pick her up daily from the courthouse, fearing retribution for her role in the trial.

In February 2020, several men snatched her brother in front of the court and urged the judge to dismiss the case. His body was later found bruised and dumped into a river in Nakhon Sawan. An apprehended suspect revealed Banyin had plotted the kidnapping, leading to the former deputy minister’s arrest.

Banyin was originally sentenced by the Criminal Court to 8 years in prison for document forgery regarding the share transfers, and in December 2020 was given life imprisonment after confessing to the murder of the judge’s brother. Another person convicted in connection to these crimes is facing the death sentence while 4 others had their terms increased to life in jail.

Judge Panida petitioned that they had all only confessed because of overwhelming evidence against them and should not be given leniency in sentencing. The Appeals Court agreed and increased Banyin’s sentence to the death penalty.