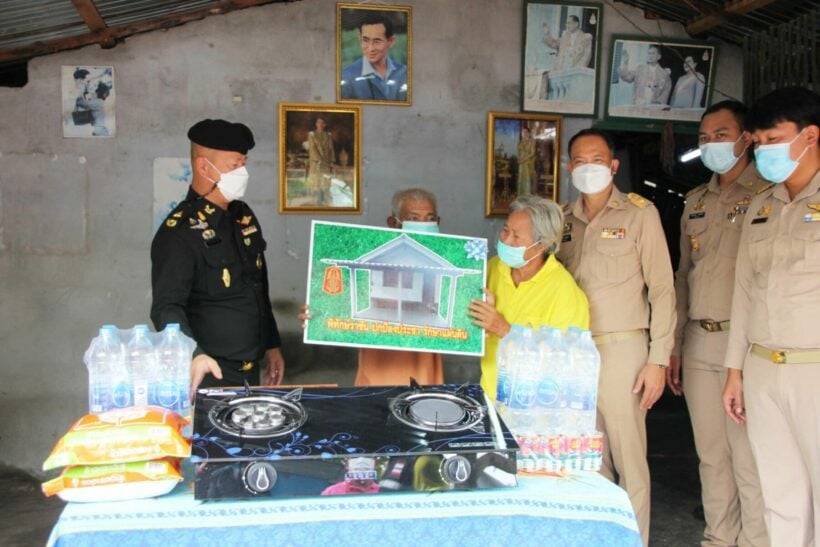 The subdistrict had received about 20,000 baht per house to support repairs for about 58 houses. The funding came from the Community Organisation Development Institute. But after the subdistrict’s administrative organisation reviewed the situation further, it found that some community members still didn’t have the budget they needed to hire the right workers.

After the administrative organisation saw that the funds weren’t enough for all residents’ repairs, it was agreed that soldiers from the Fourth Army Region would step in to help better the lives of vulnerable community members. The region’s police major general then ordered 27 volunteer soldiers to help repair the houses between May 29 and June 22. PR Phuket posted about the repairs on Facebook yesterday (July 5).

Thailand’s growing elderly population has caused researchers to worry about the country’s ability to support its elderly. A 2019 study showed that middle-income people in urban areas need to have savings of about 4.3 million baht per household if they want to have enough money at the retirement age of 60. The study, conducted by Thailand Development Research Institute, said elderly people in rural areas need 2.8 million baht.

Migrant workers – even undocumented – can stay until 2025