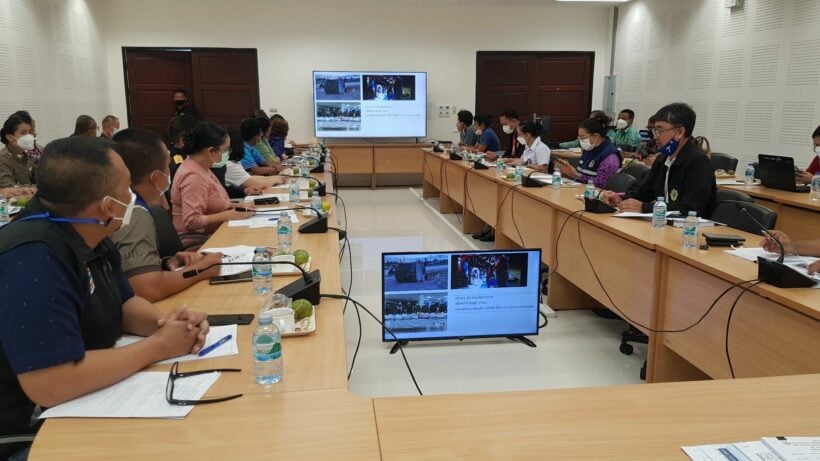 Now that Thailand’s travel restrictions are easing, Phuket officials are on guard for an expected increase in demands for illegal drugs. This morning, a group of officials held a meeting at Phuket City Hall to discuss drug issues in the island province. The meeting was led by a director from the Region 8 Drug Enforcement Administration. Officials from other government agencies also attended.

The officials noted that drug users and sellers consistently communicate with email, social media, and LINE, a chat app popular in Thailand. They also noted that parcels of narcotics sent to Phuket are usually hidden in coastal areas such as mangrove forests and fish cages. The officials said more intensive searches in these areas are needed.

In addition, they said that more cooperation between the government and related networks is needed to monitor drug routes by land and water. The officials said airlines need tighter surveillance to prevent drug smuggling to Phuket. However, the group also discussed the importance of drug addicts getting quality help.

The group observed that the most common drug used in Phuket is methamphetamine, followed by crystal methamphetamine or ‘ice’, marijuana, and then cocaine.

Just yesterday, Thai Minister of Justice Somsak Thepsutin disclosed to Thai media the government is winning the war against drugs. He said the government is cracking down on illegal cartels, and expects to recoup 10 billion baht by the end of the year after seizing more than half of that amount from illegal drug activity in Q1.

Somsak noted the difficulty in tracking down the illegal activity of drug cartels operating in Thailand’s underworld, but insisted the methods implemented ensure they are one step ahead of the drug trafficking gangs. Somsak added the government has a new strategy to eliminate drug traffickers by seizing their assets and cutting the source of their financial drug investment.

Time will tell if Somsak’s plans, and the plans of Phuket officials, will work to tackle drug problems.

When are the holidays in Thailand, and what do they mean?