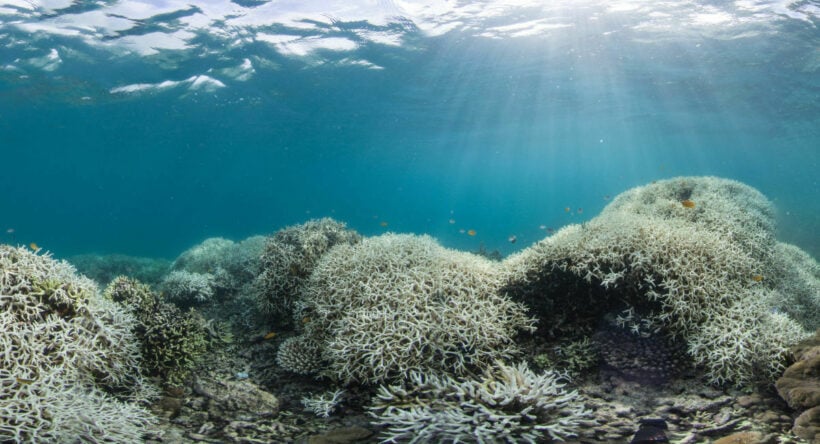 Australia’s Great Barrier Reef, one of the most famous natural sites in the world, has been severely bleached. Due to bleaching in 2016, 2017, and 2020, 2 thirds of the reef’s coral was damaged. Bleaching occurs when rising ocean temperatures cause corals heat stress, and drain them of their colours.

The UN threatened to lower the reef’s World Heritage ranking in 2015. Australia then poured billions of dollars into protecting the reef. This year, the country’s government announced new funding to prevent the reef from being removed from the World Heritage list altogether.

But now, over 90% of coral in the reef is reportedly bleached. A UN delegation visited the reef in March to assess whether the reef’s World Heritage listing should be downgraded. That month, marine park authorities said the bleaching was “widespread” across multiple regions, ranging from minor to severe. This followed a marine ‘heatwave’ in February. Some countries are ashamed to be have their natural sites listed as “in danger”, while others want their natural sites on this list to get international attention to help save them.

But David Wachenfeld, a chief scientist at the Great Barrier Reef Marine Authority, told Australian media this week that “The early indications are that the mortality won’t be very high”. Wachenfeld said marine authorities hope that most of the bleached coral will recover like it did in 2020.

The reef is the largest living structure on earth, and can be seen from outer space.