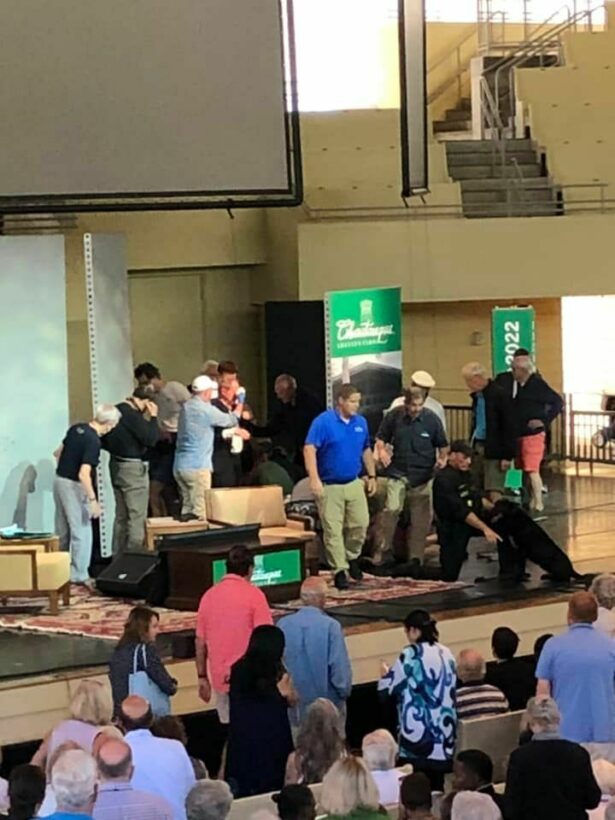 The 75 year old writer was speaking at an event at the Chautauqua Institution when a male suspect ran up onto the stage and attacked Rushdie and an interviewer.

His condition is not known at the moment.

The suspect was immediately grabbed by police and taken into custody.