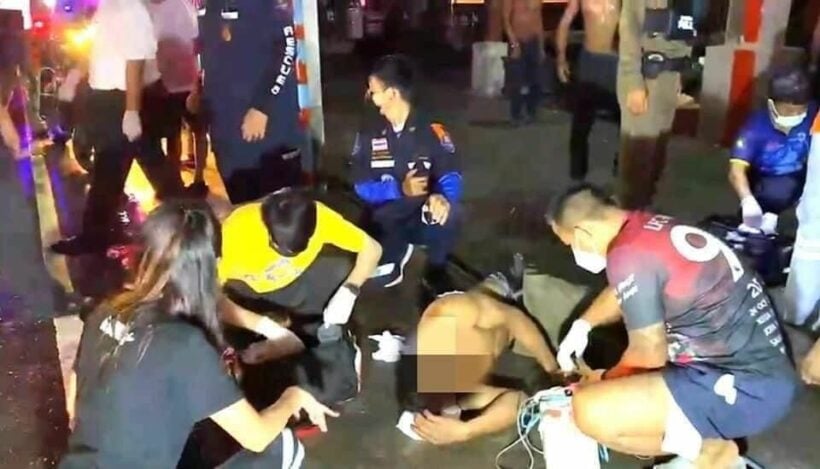 A baby’s birthday party has turned violent in Thailand’s eastern province of Rayong between Monday night and Tuesday morning, in the main city district. A group of Cambodian fishery workers had reportedly thrown a party to celebrate one worker’s son turning three months old. At the party, one group of workers allegedly started drunkenly fighting the other. Two workers were stabbed in the back, and suffered critical injuries.

Some workers left the party to get knives, and returned to keep fighting. In the end of the bloody conflict, 13 workers had to be hospitalised for their injuries. Chairs, tables, glass, and broken bottles were scattered across the site of the brawl, according to The Pattaya News. Rayong city police rushed to the scene, and the injured workers were taken to nearby hospitals. The police planned to question the workers after they have recovered from their injuries. Luckily, the three month old baby was not injured.

There have been a few incidents of drunken stabbings in eastern Thailand this year, including among people who are friends and family. Last month, a Pattaya man allegedly stabbed his relative earlier this week after the two of them drank together. The man stabbed was heavily bleeding, yet the stabber reportedly showed no remorse. It was unclear what had started the fight.