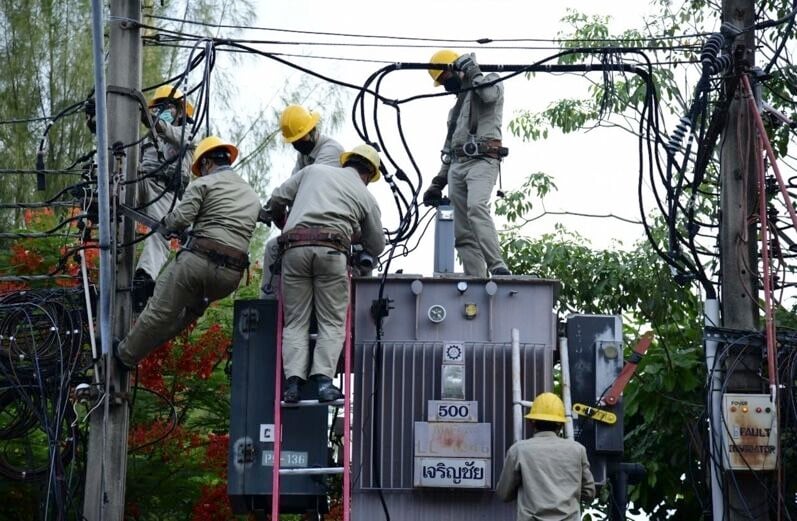 Bangkok’s Metropolitan Electrical Authority has yesterday removed 2 network transformers belonging to the same lot that caused a fire in Chinatown last month. The fire in the historic Sampeng market killed 2 people. The blaze was caused by a transformer exploding at a 3 storey shophouse, according to a preliminary inspection.

Now, MEA officials plan to inspect the transformers to make sure they are safe for use. The MEA’s governor said that so far this year, the MEA has inspected over 450 network transformers in inner Bangkok and Rattanakosin Island. The checks, he said, ensure that the surrounding communities are safe, and the power grid is stable.

The governor, Wilas Chaloeysat, said today that there are four network transformers in Bangkok that are from the same lot as the one that caused the fire. The other 2 are in Wat Liab district, and are scheduled to be removed for inspection on July 8.

Plans are in the works for a few different groups to do their parts in preventing fires in Bangkok, following the aftermath of the Chinatown fire. At a meeting last week, officials proposed that telecom service providers should tidy up overhead cables around the city.

The officials agreed that all overhead cables in Thailand should be properly separated based on their type before they are moved underground. Types include high voltage, low voltage, and communications cables. Representatives of the National Broadcasting and Telecommunications Commission accepted that some of the overhead telecom cables are still needed, but they must be properly bundled. It was proposed during the meeting that the work would be done in phases.