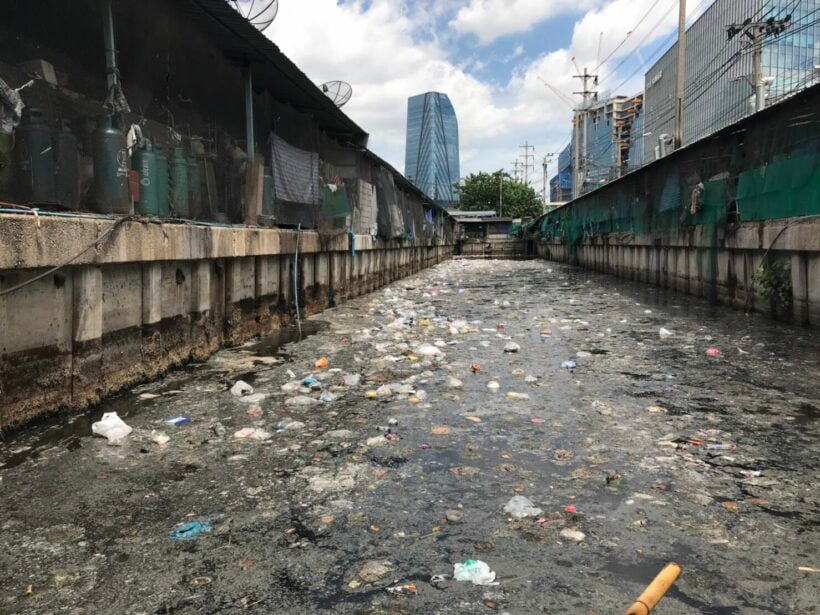 Bangkok governor Chadchart Sittipunt yesterday met with the Federation of Thai Industries president to plan a grand project to turn the Hua Lamphong Canal into the Venice of the East.

The 56 year old Chadchart met with Kriengkrai Thiennukul and discussed a solution to improving the city’s water quality, creating a Bangkok Sandbox around the Chao Phraya River, and turning the capital’s polluted network of canals into a picturesque scene reminiscent of an Italian Renaissance painting.

Chadchart selected Hua Lamphong Canal, in the Klong Toey district, out of Bangkok’s 1,126 canals, to kick off the project. The canal is about 1 kilometre long and connects to the Chao Phraya River. The city chief says the canal will act as the model for other canals in Bangkok.

But, to realize the Venice of the East dream, over 5,000 factories in Bangkok need to follow new greener environmental policies.

Kriengkrai backed the city’s new governor revealing the Klong Toey community has been selected and will be developed as a Bio-Circular-Green Economic Model. The 62 year old added the district’s dead spaces would be improved alongside the canal clean-up to benefit people in the community.

Agricultural industries are being encouraged to get onboard with the project and operate as a Smart Agriculture Industry to enhance the city and its environment.

Klong Toey, located near Bangkok Port, is regarded as the city’s largest slum area. Residents there have lived in squalor for years and investment is desperately needed to rid the area of its crime, grime, and drugs image.

In 2016, the Port Authority of Bangkok proposed a Smart Community project to level up the quality of life of people living in the Klong Toey community. The project plans to construct 4, new buildings, 25-floors high, offering 6,144 units for people to live in.

The project is in the planning and design stage, and construction is expected to start next year and be completed before 2035.

At least 250 killed in Afghanistan earthquake