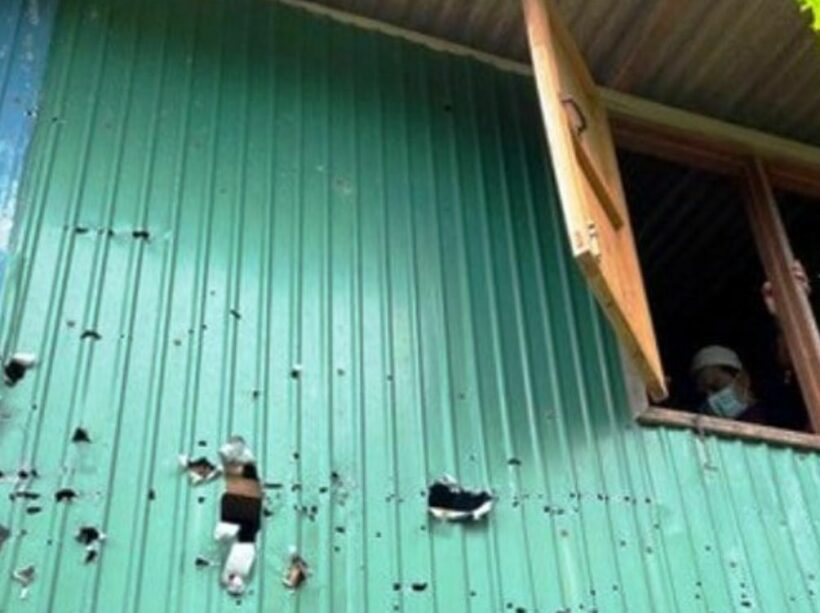 Trouble in the ‘south’. Attacks against civilians and rangers. Insurgents attack Thai soldiers – the sorts of headlines that people have read about Thailand’s southern conflict for the past 70 years or so.

Thaiger readers may wonder who’s fighting who, and why. The area has been coined the ‘deep south’ or the ‘restive south’ and has become, statistically, a more bloody conflict than the situation on the Gaza Peninsula in the middle east – it just gets a lot less international coverage.

Where is the ‘south’? The three Thai provinces of Pattani, Yala and Narathiwat, and sometimes Songkhla, are the locations where most of the violence takes place, all near or bordering Malaysia. The border, usually fluid with tourists and local trade, are now closed due to the current Covid situation.

Despite successive Thai and Malaysian governments throwing words and resources at the problem, very little has been done to reduce the spate of violence, usually affecting southern civilians as well.

The South Thailand insurgency (Thai: ความไม่สงบในชายแดนภาคใต้ของประเทศไทย; Malay: Pemberontakan di Selatan Thailand) is an ongoing conflict centered around southern Thailand’s disputed border region with Malaysia. Although there’s been bubbling discontent around the region since the start of the 20th century, it emerged as a serious issue for the Malaysian and Thai governments in 1948 as an ethnic and religious separatist insurgency in the historical Malay Patani region.

It has become a more complex ‘land grab’, and increasingly violent since the early 2000s due to drug cartels, oil smuggling networks, and occasionally even pirates.

The former Sultanate of Patani, which included the southern Thai provinces of Pattani, Yala and Narathiwat, also known as the three Southern Border Provinces (SBP), as well as parts of neighbouring Songkhla province and the northeastern part of Malaysia (Kelantan), was conquered and, except for Kelantan, has been governed by, Thailand (formerly The Kingdom Siam) since 1785.

Although low-level separatist violence had occurred in the region for decades, the campaign escalated after 2001, with a major recurrence in 2004, and has occasionally spilled over into other provinces. Incidents blamed on southern insurgents, including bombings, have reached as far as the capital Bangkok and the holiday island Phuket.

In 2005, PM Thaksin Shinawatra assumed wide ranging emergency powers to deal with the southern violence, but his actions served only to escalate the insurgency. In September 2006, Thaksin was ousted in one of Thailand’s periodic military coups.

The subsequent junta implemented a major policy shift, replacing Thaksin’s earlier approach with a campaign to win over the “hearts and minds” of the insurgents. That didn’t have much effect either.

Despite little progress in curbing the violence, the junta declared that security was improving and that peace would come to the region by 2008. By March of that year, however, the death toll had surpassed 3,000.

During the Democrat-led government of Abhisit Vejjajiva, Foreign Minister Kasit Piromya noted a “sense of optimism,” but by the end of 2010 insurgency-related violence had increased, confounding the government’s optimism. Finally in March 2011, the government conceded that violence was increasing and could not be solved in a few months.

Local leaders have persistently demanded at least a level of autonomy from Thailand for the Patani region and some of the separatist insurgent movements have made a series of demands for peace talks and negotiations. However, these groups have been largely sidelined by the Barisan Revolusi Nasional-Koordinasi (BRN-C), the Muslim fundamentalist group currently spearheading the insurgency. The BRN-C has as its announced aim to make southern Thailand ungovernable and it has largely been successful.

Estimates of the strength of the insurgency vary greatly. In 2004 General Pallop Pinmanee claimed that there were only 500 hardcore ‘jihadists’. Other estimates say there as many as 15,000 armed insurgents. Around 2004 some Thai analysts believed that foreign Islamic terrorist groups were infiltrating the area, and that foreign funds and arms were being brought in, though again, such claims were balanced by an equally large body of opinion suggesting this remains a distinctly local conflict.

Is it safe to travel through Thailand’s south? Mostly, yes. There is a lot of security and patrols around the area these days and the attacks are relatively rare. The Thai government have much better intel about possible attacks than in the past and react quickly to any potential security problems.

Over 6,500 people died and almost 12,000 were injured between 2004 and 2015 in a formerly ethnic separatist insurgency, which has currently been taken over by hard-line jihadis and pitted them against both the Thai-speaking Buddhist minority and local Muslims who have a moderate approach or who support the Thai government.

For a timeline of major events in the Southern Insurgency, click HERE.