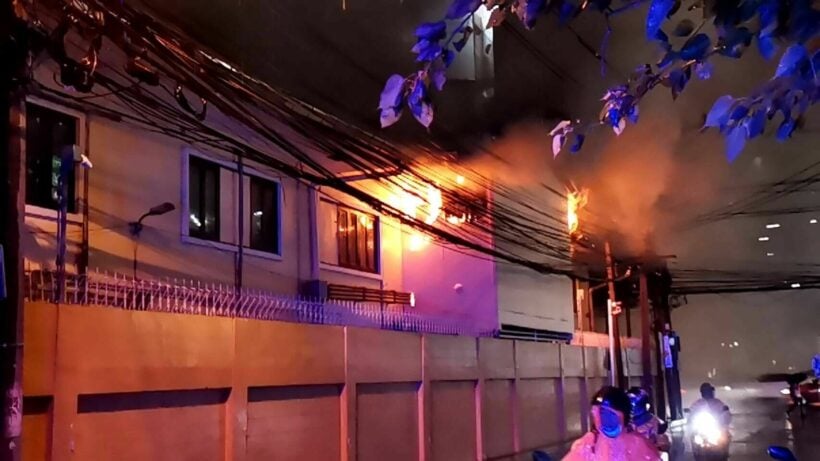 A fire broke out last night at the US Security Assistance Organisation, or JUSMAGTHAI, on Sathorn Tai Road in Bangkok. The building is located near the German Embassy, but the office was reported to be safe from the blaze.

Firefighters from Bonkai Fire and Rescue and Tung Mahamek Fire Station rushed to the scene at 7.35pm to suppress the blaze and had it under control by 7.58pm.

The JUSTMAGTHAI office is a two-story building located near some other three-story buildings belonging to the Royal Thai Army Headquarters. No one was working or living in the area at the time of the fire.

The cause of the fire and the damage to the building is under investigation.

The media reported that the Embassy of Germany, which is located nearby, was untouched and there were no reports of damage or injuries there.

According to the official site of the US Embassy in Bangkok, JUSMAGTHAI is a US military training base in Thailand. The organisation is led by the US Defense Representative for Thailand.