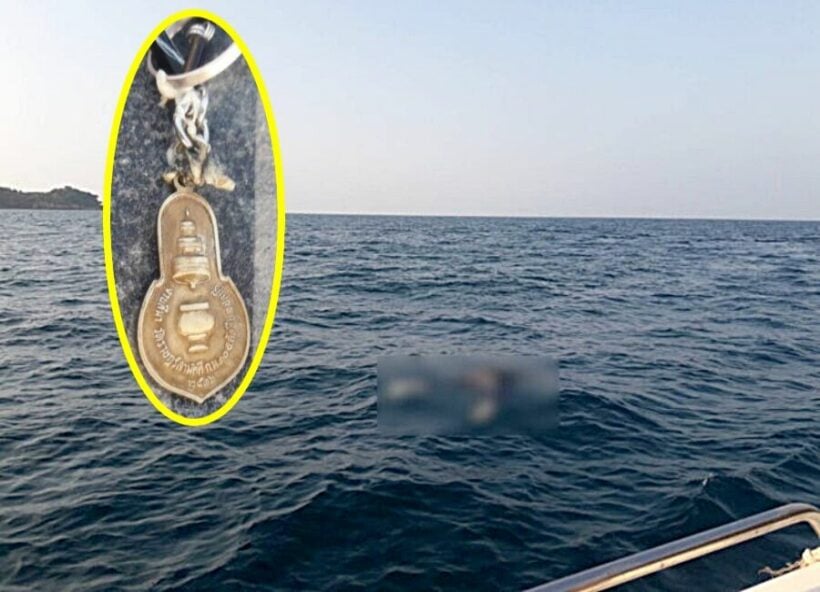 A local fisherman had a morbid catch when he stumbled upon the body of an unidentified man floating in the waters off the coast of Pattaya. The lifeless body was discovered yesterday afternoon in the ocean between Koh Larn and Koh Sarn.

Pattaya City Police were notified of the floating man and they brought rescue divers along with them to help collect the body. When they arrived, they found the dead man floating face down in the sea, not far from Jomtien Beach. There was very little to go off of in order to uncover who this man was, and what was his fate.

Police did not confirm whether the man’s nationality or approximate age were known, but it has not been revealed to the public. The man had no ID card or any identifying documents on his body when he was pulled from the sea. He was clad only in a black t-shirt and black pants that offered no clues to who this man was.

The only hint that might shed some light on his identity is what was found around his neck. The man wore a Buddhist amulet as a necklace. Police are working to figure out who this unidentified body is, searching missing persons reports for anything that could be a match.

According to the analysis of forensic investigators, the man was likely dead for at least 2 weeks, floating in the water for a while before the fisherman stumbled upon his corpse. The cause of his death is still under investigation as well.