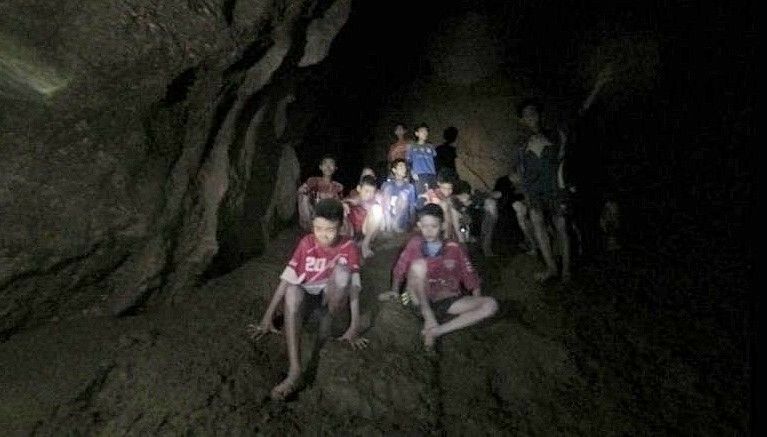 Rescue divers who saved the 12 football players and their coach trapped in a flooded cave say they risked getting arrested for giving the boys ketamine to sedate them for the two and a half hour underwater journey out of the cave. The Sun reported that British divers Rick Stanton and John Volanthen say they warned that if any of the boys died from taking the sedative, which is used as a tranquiliser for horses and also as a party drug, that they could be arrested.

The 12 Wild Boars football players, ages 11 to 16, and their 25 year old coach were exploring the Tham Luang Nang Non cave in Chiang Rai on June 23, 2018, but heavy rainfall partially flooded the cave, leaving them trapped inside. Divers found the team alive on July 2 and they were rescued a week later.

In a recent interview with The Sun, John told reporters that “The risk to us was we could potentially end up in the Thai judicial system or certainly end up as pariahs and deal with the consequences ourselves.”

The Sun says the doctor on site was concerned that the drugs might kill the boys, but John told The Sun said that if divers took the “do-nothing option,” the boys were going to die.

According to a 2019 CNN report, medics who treated the football team say ketamine played a key role in the dangerous mission to safely extract them from the cave. The drug helped calm the boys, and CNN reports it also reduced the risk of hypothermia as the drug “impairs shivering and is associated with smaller drops in core body temperature.”

Following the successful three-day rescue mission, John and Rick were awarded the UK’s George Medal for “acts of great bravery.”