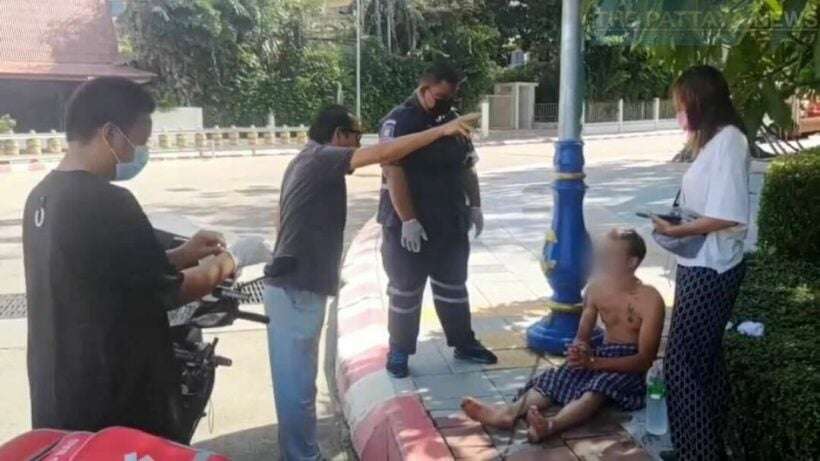 A British tourist who woke up in his underwear on the floor in Pattaya says he got beaten up and robbed by 4 Thai men after a night of heavy drinking.

Police found 29 year old Farnie (surname reserved) of British nationality covered in bruises on the floor of North Pattaya Road yesterday at noon. Farnie was missing all of his belongings, including his clothes.

Farnie says he was “stomped” by 4 Thai men who took his phone, bag and money. Farnie doesn’t who the men are or why they attacked him. He says he didn’t do anything to provoke them.

After he sobered up, Farnie filed a police report against the attackers at Banglamung Police Station. He didn’t say why exactly, but he also filed a police report against the Thai woman he went out drinking with that night. Farnie says he got very intoxicated with a Thai woman whom he had met only 2 days previously. He said she works in a bar in Soi Chaloem Phrakiat 25.

The police said they endeavor to capture the assailants right away, because the incident tarnished “the outstanding family friendly image of Pattaya.”

Farnie is by no means the first foreigner to get into trouble in Pattaya. Just a few weeks ago, a foreign tourist refused medical treatment after he was stabbed by another foreigner near Pattaya’s Walking Street.

‘A poll is just a poll’: Thailand’s PM Prayut unfazed by opposition’s popularity