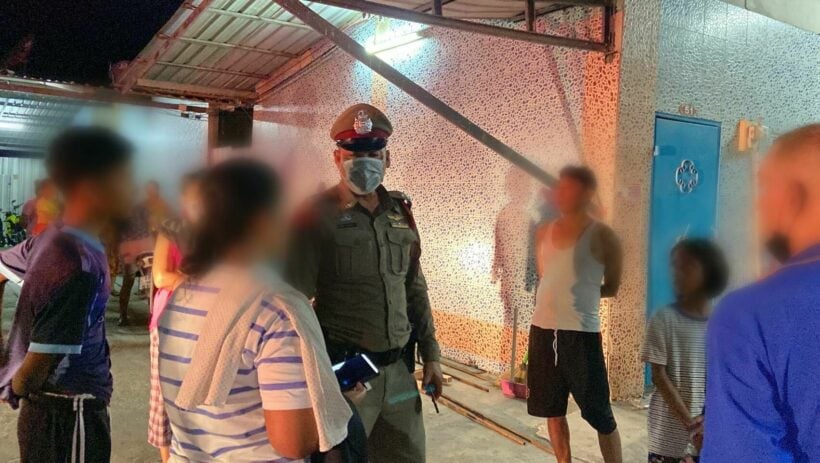 A group of Burmese migrants has reportedly stabbed a man in Chon Buri province who they believed helped get them deported in the past. Yesterday the 3 attackers crashed into the victim on 2 motorbikes, knocking him to the ground, and then stabbed him multiple times, according to the victim’s son, Phuwadol. Phuwadol says the attackers then dashed away on one bike, leaving the other bike at the scene.

Phuwadol said that the attackers assumed that his father, 39 year old street vendor Mau-ae, had reported their illegal migration in the past, getting them deported. He added that they were also business rivals. Mau-ae’s wife, 39 year old Rachada, told the same story as her son. She said the attackers illegally re-entered Thailand to attack her Mau-ae.

Mau-ae now has 2 serious knife injuries on his arm and neck.

The incident happened in the Phan Thong district. Police are reviewing CCTV footage and questioning witnesses to further investigate and find the suspects. Officers were also partnering with Thai Immigration. The bike the attackers left at the scene is a red and black Honda CBR 150.

This news comes after another group of migrants was arrested last month in South Thailand, in connection with a local man’s death. Police believed the local man was murdered and buried after he discovered an illegal camp of Burmese job seekers waiting to be smuggled to Malaysia, near Ban Khlong Pom in tambon Ban Phru. They revealed Maddol had been hit on the right side of his head with a hard object, which probably killed him.