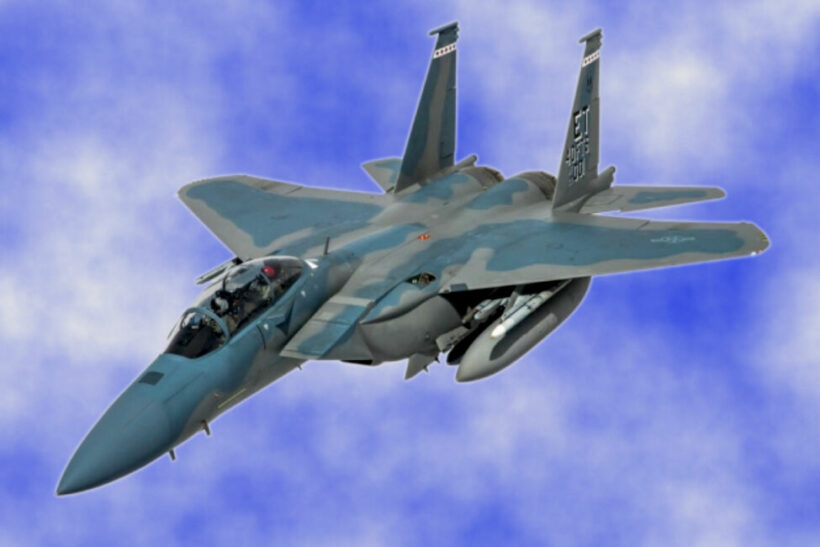 After the Royal Thai Air Force announced last week that they are aiming to buy 8 fighter jets, yesterday the Cabinet approved the plan to fund the purchase of 4 planes. They estimated a budget of about 13.8 billion baht which will be spread across the next 4 fiscal years.

The Air Force says the purchase is necessary to replace the F-16 Falcon jets that have been in operation for nearly 40 years and continued use runs the risk of accidents as well as continued high maintenance costs. The decision has not yet been made on exactly what type of jets to purchase, but it will be determined by a procurement committee later, according to the RTAF spokesperson.

The procurement committee is one of 2 panels that have been established regarding the purchase of new jets for the Air Force. The first will focus on researching the type of aircraft to be purchased and will be chaired by the Deputy Commander-in-Chief of the RTAF. The procurement committee, headed by the RTAF Aide-de-camp, will take their recommendations and make the final decision and contract to actually purchase the jets, after getting the final approval from the Cabinet.

The Air Force has been leaning towards Lockheed Martin, the US company that produces the F-35 stealth fighter and its variants, the F-35A, B, and C that have different takeoff and landing characteristics. And they argue that now is the time to purchase, as prices have dropped since the F-35 first came out and planes can be picked up for about US $82 million (2.73 billion baht), a discount of 42% of their original list price of US $142 million (4.73 billion baht).

Rangers find camp where poachers grilled the meat of 2 tigers