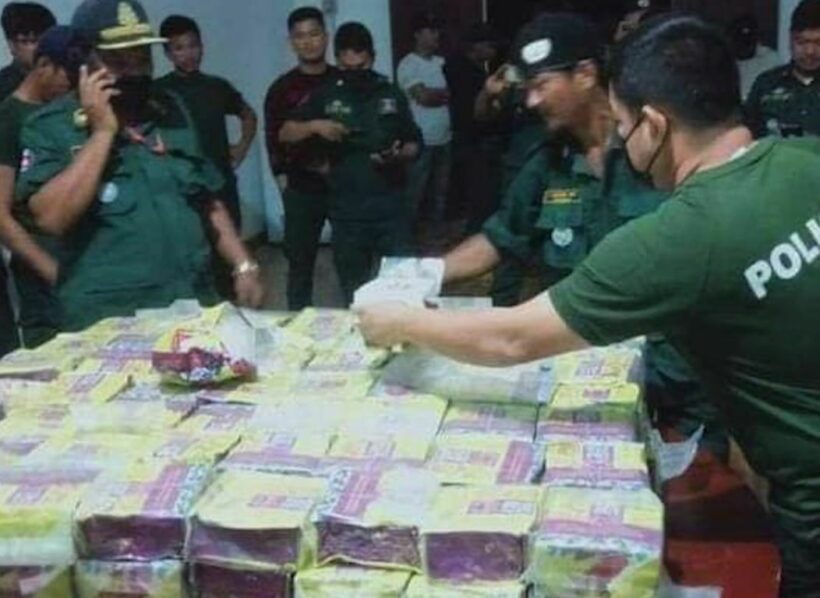 Cambodian officials in Koh Lung’s Stung Treng province managed to stop a boat carrying cocaine from Laos to their territory at 7pm Wednesday. Border police searched the vessel and found 10 sacks containing 170 packs of cocaine. Reports in local media do not clarify how many kilograms each pack weighs.

According to the Stung Treng Provincial Police Commissioner, Ot Sivutha, authorities were patrolling the river near the Cambodia-Laos border and found the boat suspicious. When officers raided the boat, no one was on board.

The drugs were confiscated and transferred to the police station, and the authorities have launched an investigation to determine who was involved and make arrests.

Last month, more than 300 kilograms of drugs were seized in Koh Kong, which were said to have originated in Laos and were en route to Thailand.

Heavy rain, potential flooding in the forecast for Southern Thailand