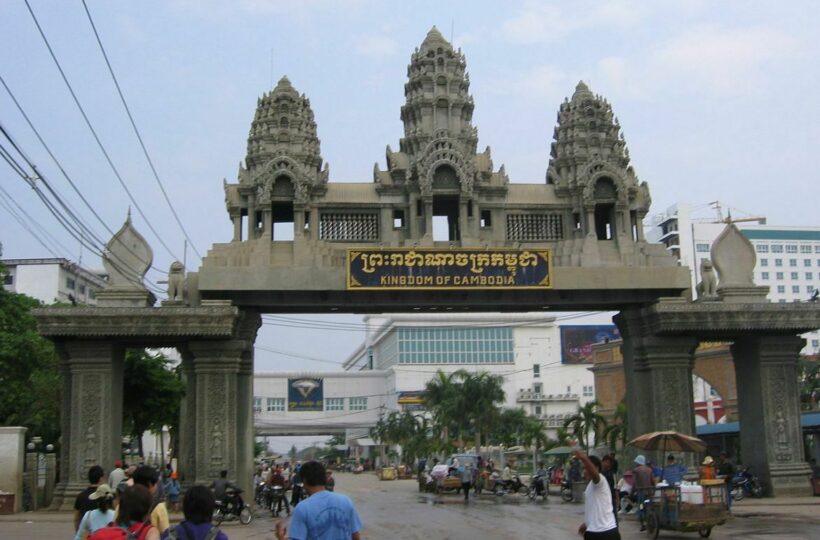 One of Thailand’s neighbours, Cambodia, could likely be impacted by Thailand’s monsoon season. One Cambodian border town is bracing for floods to flow over the border from Thailand. The town of Poipet is located in Cambodia’s Banteay Meanchey province. Poipet borders Thailand’s eastern province of Sa Kaeo.

The town’s governor, Keat Hol, said on Wednesday that Sa Kaeo’s provincial governor had informed him that floodwaters would be flowing over from Thailand.

Poipet authorities have now alerted people living along waterways to be careful. Keat said that in the past, when some provinces or districts in Thailand flooded, it was almost certain that Poipet would suffer. He said that in several districts, people’s houses and crops have been inundated with water, forcing some locals to evacuate.

Many people in Cambodia’s border villages are impacted by floods because they live near streams, according to the O’Chrou district governor.

Keat says that Poipet’s authorities are prepared to evacuate residents incase of a flood. He told the Phnom Penh Post…

“We have already alerted the people living along the stream in Poipet. Our authorities have already prepared in case of anything happening and we can evacuate everyone quickly.”

Thailand is in the midst of its annual monsoon season, and communities across the Kingdom are bearing the brunt of heavy floods. On July 20, Bangkok saw a record-breaking rainfall of 132.5mm, surpassing the earlier record of 108mm on July 30, 1955.

Where to travel during the rainy season in Thailand