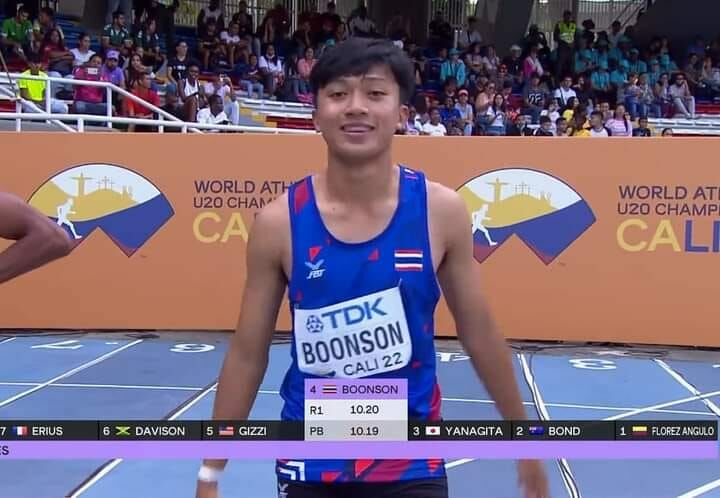 However, his time of 10.12s in the final made him narrowly miss out on a medal at the championships.

Now, an online campaigner is fundraising to help Puripol have more opportunities. Fundraisers have launched a page on Change.org asking Bangkok Governor Chadchart Sittipunt to financially support Puripol, so that he can be trained overseas. This would put him side by side with other top athletes from across the globe.

The campaigner claims that training abroad will benefit Puripol more than hiring a foreign coach to train him in Thailand.

Before Puripol set the new 100 metre sprint record, the fastest U18 record had been American sprinter Anthony Schwartz’s 10.15 seconds. Even though Puripol only joined the SEA Games for the first time in Hanoi in May, he ended up winning three golds there.

Outside of U18 records, the fastest 100 metre sprint in the world was Botswanan runner Letsile Tebogo’s record of 9.91 seconds. The 19 year old won the gold in Columbia.