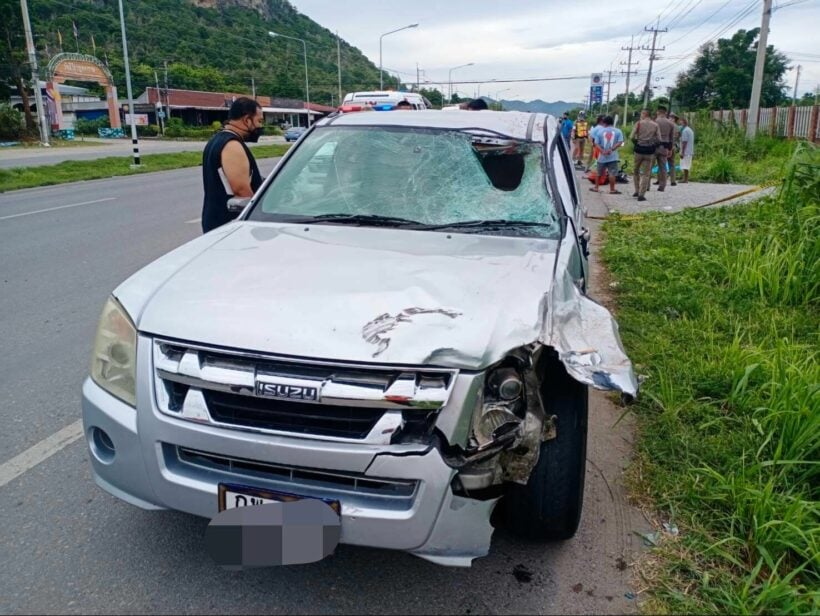 A truck driver has been charged with negligent driving after allegedly killing a Canadian cyclist on Saturday.

Pickup truck driver Chaiwat Chutoh hit Marnie Scott while she was out cycling with her husband, Joseph, on a bypass in Muang, a district in central Thailand’s Kanchanaburi province. The mother of two was killed instantly while trying to change lanes to do a U-turn. Her 50 year old husband managed to avoid the truck.

The 49 year old woman was pronounced dead at the scene by a doctor from Paholpolpayuhasena Hospital.

The woman’s husband, Joseph, stated that the pickup truck was driving at a high speed when it struck his wife and that he did not hear the truck brake.

The 23 year old truck driver says he blasted his horn and expected the cyclist to allow his truck to pass. He added he couldn’t apply the brakes fast enough to avoid crashing into the woman’s bicycle.

Pol Col Chaiwat says the driver was charged with careless driving resulting in the deaths of others, and added other charges were being considered in the ongoing investigation.

The Scotts were volunteers for the Christian Freedom International organisation in the Mae Sot district of Tak province, but were staying at a hotel near the River Kwai Bridge with their two children on vacation.