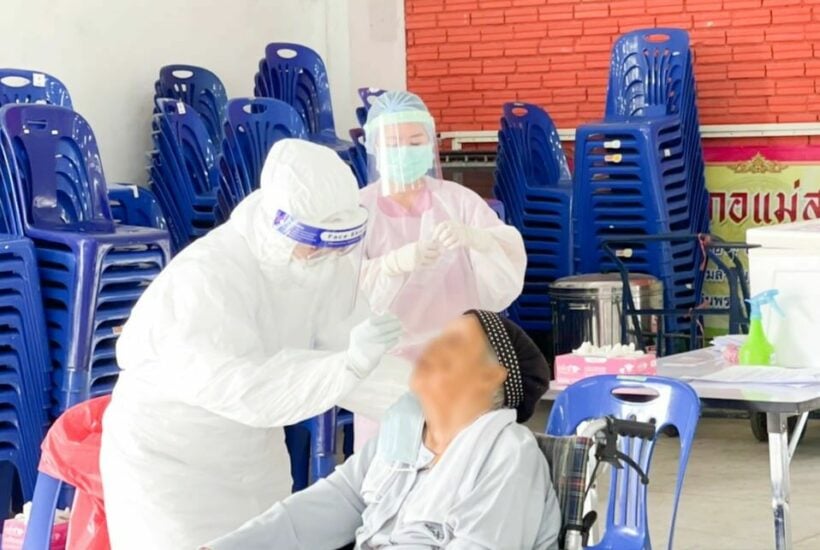 The CCSA says new Covid-19 infections in Thailand could reach 20,000 a day if the public do not take disease prevention measures seriously. According to a Bangkok Post report, 5,397 Omicron infections have been reported across 71 provinces so far. However, Dr Kiattiphum Wongrajit from the Public Health Ministry says deaths remain low due to the high vaccination rate.

“Even though new cases are high, deaths are low. This suggests that the new strain is highly transmissible but less severe.”

Kiattiphum has outlined 3 possible scenarios envisaged by the health ministry. The first – and best-case scenario – is 10,000 new cases a day, with deaths between 60 – 70 a day by late January. The second is between 15,000-16,000 new daily infections. And the third, and worst-case scenario, in the event that the public refuses to adhere to disease control measures, would be 30,000 new cases a day and 170 – 180 deaths a day.

The Bangkok Post reports that the ministry expects Thailand’s infections to peak by late January or early February in scenario 1 or 2. In the worst-case scenario, we would not pass the peak until early March, after which it would take another 3 – 4 months for the situation to be brought under control.

However, Kiattiphum is confident Omicron will be brought under control within 2 months and that there will be a gradual drop in new cases, with the virus eventually becoming endemic in about a year’s time.

Meanwhile, hospital bed occupancy has increased from 11% in December to 22% in January, with around 180,000 beds available nationwide. Dr Somsak Akksilp from the Department of Medical Services says that if asymptomatic patients, or those with only mild symptoms, can self-isolate at home, it will mean beds can be kept for high-risk patients and those who are seriously ill.

“If possible, patients have been urged to self-isolate at home or stay at community isolation facilities for 10 days. We need to reserve beds for patients in at-risk groups.’’

What is life like in Thailand right now? | GMT