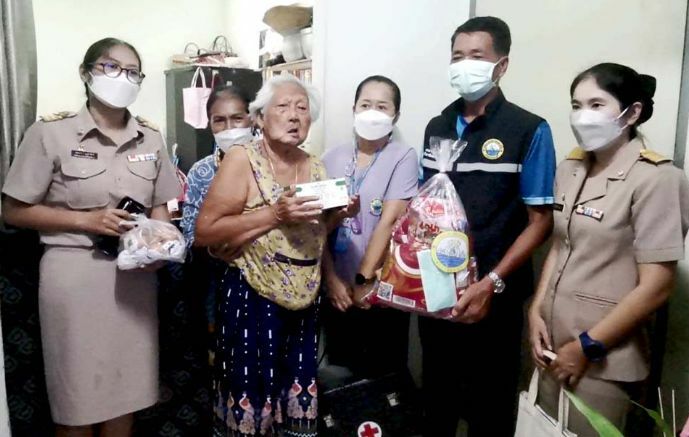 A 100 year old woman in Pattaya is still alive and kicking. The woman, Ladda Rattanaoran, has passed a physical exam “with flying colors”, according to Pattaya Mail. A nurse said Ladda was still energetic for her age after the checkup earlier this week. Now, Ladda is scheduled to be honoured for her long life at a ceremony on June 8.

Pattaya health officers and social workers visited the bubbly centenarian at her home in a housing project. They presented her with a bag of food, face masks, and other products. They then invited her to the ceremony in Chon Buri’s Nong Prue Municipality.

Ladda has lived through great changes in Thailand. When she was born, the country only had 10 million people. Now, Thailand has almost 70 million people, and is a renowned hotspot for tourism.

Thailand’s growing elderly population has caused researchers to worry about the country’s ability to support its elderly. A 2019 study showed that middle-income people in urban areas need to have savings of about 4.3 million baht per household if they want to have enough money at the retirement age of 60. The study, conducted by Thailand Development Research Institute, said elderly people in rural areas need 2.8 million baht.