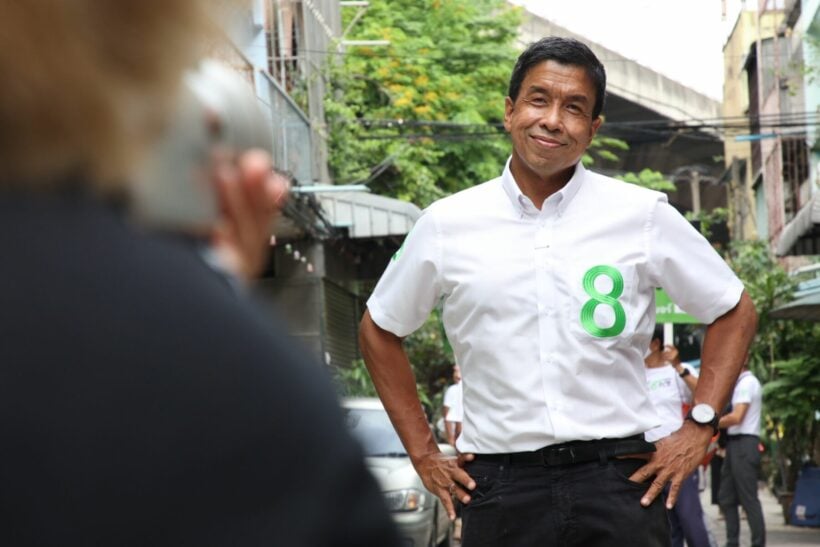 Bangkok Governor Chadchart Sittipunt informed Thai media yesterday that there are a number of high-profile district officers in the city involved in corruption. The identities of those officers have not been revealed, but leaked media reports allege most of them worked under a former Bangkok governor.

According to reports, leading district officers from Latkrabang, Bang Khum Tien, Prawet, Taling Chan, and Bangkae districts are involved in the grafts, and 1 officer on the list resigned today before he was pushed.

The report added that high profile figures in the culture, sports and tourism, traffic and transport, and finance departments are in line to be fired or moved to other positions because they ignored Chadchart’s new measures and policies.

Chadchart yesterday made it known to the media that many residents had filed corruption complaints to him regarding senior figures in the governor’s office. The 56 year old said he’d set up a committee to investigate the issue because of those complaints and found out it was true.

Chadchart said there wasn’t enough conclusive evidence in some cases but added those involved in unacceptable practices would be punished according to the law, and the maximum penalty was exclusion.

The governor insisted he has been fighting against corruption since he took office and delegated people to investigate any illegal acts while serving in his office.

“Bangkok officers shouldn’t work like being family of each other. If corruption is happening, we would fully punish or fire those immediately.”