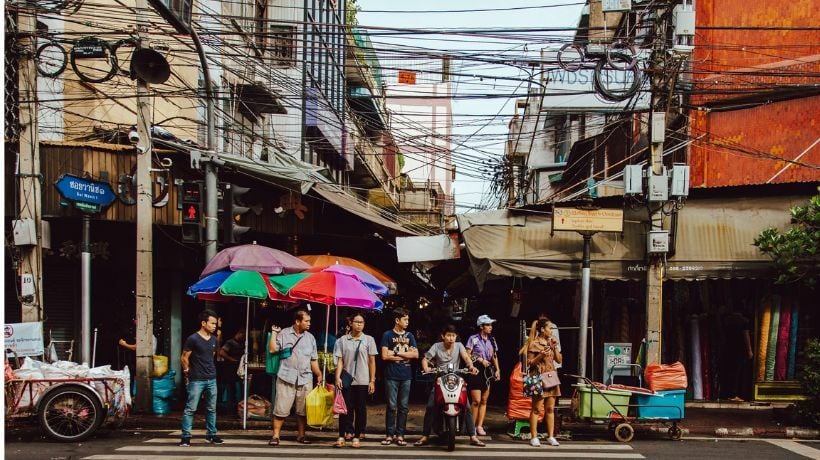 Bangkok governor Chadchart Sittipunt revealed a plan to complete a project to rid the metropolis of its eyesore cables that was first started in 1984.

Chadchart revealed a 2-part plan to finish the 38 year old project to remove the city’s messy power cables, replace them with new, and bury them beneath the ground.

The 56 year old governor yesterday did not put a timescale on completing the plan but acknowledged a large majority of the untidy electrical cables dangling in eye-view around the Bangkok streets were no longer in use and could be removed.

Chadchart says Bangkok Metropolitan Administration is coordinating with the Office of The National Broadcasting and Telecommunications Commission, and relevant departments, to get rid of those dead wires.

The city chief admitted the second solution of moving cables underground would take a bit more time but says talks are already underway with the city’s relevant departments.

A cabinet meeting on May 17 was briefed about the Metropolitan Electricity Authority’s project to bring power and communication wires underground in Bangkok, Nonthaburi, and Samut Prakarn. The project which began in 1984 has completed only 55.7 kilometres of cables of its target of 236 kilometres.

That sinking feeling – The Maldives is building a new ‘floating’ country