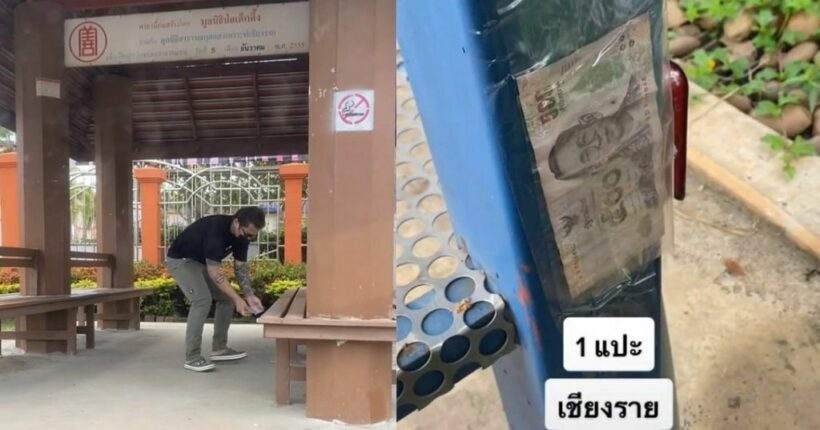 A man in the northern province of Chiang Rai has been giving away money to locals in a make-shift mini treasure hunt. He’s posted videos on TikTok to show people where he has hidden the money, allowing locals to figure out the clues and find the money. He told Thai media that he wanted to help people and encourage tourists to visit the province.

The man is a 33 year old owner of a car rental business in Chiang Rai, Techasit “James” Muengwong. Yesterday, he told Thai media that he has been giving money away for a week and getting more and more followers on TikTok now (we’re hardly surprised).

He said the economic situation in the province wasn’t as good as it used to be due to the government’s restrictions during the pandemic in Thailand. He wanted to attract more tourists to come to Chiang Rai and thought that this content, and the ‘incentives’, could help boost tourism.

He say that he saw this kind of online content from foreigners before and wanted to try it with Thai people, and thought it was another way for him to make merit.

He was hiding cash, 200 to 1,000 baht notes, at different spots in the provinces and then posted a video with clues to find the location on his TikTok account @chiangrai.travel. He said that he sometimes waited in his car to watch for lucky people who were able to find the money. He told Thai media that he was happy when seeing the locals finding the money.